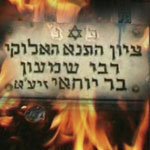 Health Ministry inspectors on erev Lag B’Omer and on Lag B’Omer visited chessed tents set up in Meron, tents preparing food, thousands of portions of chicken and meat intended to feed the many guests. According to a HaMevaser report, inspectors determined that when the refrigerator door was opened, the temperature increased too high, rendering the chicken unfit, giving the order to destroy thousands of portions of chicken and meat. The report points out that thousands of kilograms of salads and other foods were kept under the same refrigeration conditions yet they were not deemed unfit by the inspectors.

One veteran chessed organization worker who has been involved in the Lag B’Omer operation for years reports an inspector told him “I see that everything is fine. Let’s make do with the meat and the remainder will be fine”.

One of the organizers expressed his pain over the incident, stating he is not opposed to the health inspections, which he called a necessity, adding his organization always complies with ministry demands and the food served is always stored and prepared in compliance with ministry directives. He was pained over the unwarranted destruction of the food which left thousands of people with nothing to eat as a result.

According to Rav Eliezer Carlebach, one of the organizers of the chessed project for Meron visitors, the health inspectors were in Meron during the days preceding Lag B’Omer four times, and they saw that everything was being done in compliance with health regulations. He explained that everything they requested was met with total compliance. “The day after Lag B’Omer, they came and told me they are going to give me a fine for the food confiscation but I told them, no food was confiscated from us”.

Rav Schrage Schnitzer of Ohel Rashbi explains the inspectors arrived at his office on erev Lag B’Omer and instructed him not to distribute rice and p’titim (short cut macaroni) but nothing whatsoever was mentioned regarding the meat and poultry. It appears someone was looking to find something and to fine us on top of it”.

It appears the inspectors only visited some of the organizations. Organizers explain they believe someone “directed” the inspectors to specific location for reasons backed by ulterior motives.

The Health Ministry response was not available in time for this article.