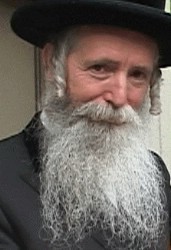 According to reports appearing in Ynet and elsewhere, Migdal Ha’emek Chief Rabbi Yitzhak Dovid Grossman Shlita is expected to formally announce his candidacy for the post of Ashkenazi chief rabbi of Yerushalayim. By most accounts, such an announcement would result in a total shift in the election since the rav crosses the borders of all camps, a personality who is accepted to the chareidim and dati leumi alike, a man who over four decades in Migdal Ha’emek managed to remain apolitical and unaffiliated, doing Hashem’s work with mesirus nefesh. It was not that long ago when the rav was approached to consider becoming a candidate for chief rabbi, but at the time, his late father zt”l instructed him to decline, and he told reporters honoring his father’s instructions compelled him to decline, and so he did.

When his father was alive, his objections to the center spotlight remain clear to the rav today, and some believe this weighs heavy on his decision not to enter the race until today. On the other side, the late Rebbe of Lelov zt”l, who was niftar a short time ago, told Rav Grossman on numerous occasions to enter the race, promising him success should he decide to run. There are conflicting reports as to the late Rebbe’s words, but all agree the Rebbe told him it is time to move to Yerushalayim [where the rav was raised].

Chareidim report that sources in Lelov confirmed the late Rebbe’s instructions, telling the rav he must serve as the chief rabbi of the capital.

There are also reports that Rishon L’Tzion Maran HaGaon HaRav Ovadia Yosef Shlita called on Rav Grossman to run in the race, explaining he personally heard his late father’s instructions, which only referred to serving as chief rabbi of Israel and not Yerushalayim.