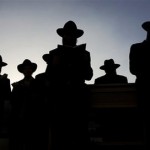 Jerusalem City Hall officials this week slapped an eviction order on the doors of the Bnei HaYeshivos Shul in Ramat Eshkol, a major shul for the budding frum chareidi community, the weekly chareidi HaShavua reports.

The eviction order explains the city property is being used without permission, and therefore, the tenants are compelled to vacate. The notification admits the situation is somewhat complex, and it is entirely possible that in the past, a permit was granted, but that is not the case today. In addition, City Hall is demanding retroactive payment for the period the building was used.

The order concludes that if compliance is not achieved in 10 days, legal action will be taken to oust the shul as well as demanding the funds for such action be paid by the tenants being evicted.

Those operating the shul have legal grounds to remain the report adds, but they prefer to vacate and avoid a forced eviction and all that such a move brings with it. They are also signaling chareidi city councilmen may be able and willing to intercede, so for now, they appear to be willing to comply with the eviction order.

The shul provides a vital service, with some 400 avreichim davening in one of many minyanim, as well as hosting a beis medrash.

A number of weeks ago, Jerusalem City Hall issued an eviction notice to the shul and shtiblach at Ganei Geula, near Kiryas Belz.