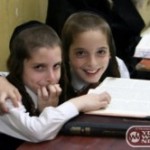 MK (HaBayit HaYehudi) Zevulun Orlev, in his capacity as chair of the Knesset Education Committee, is calling for an urgent session of the Knesset committee after learning of the existence of facilitators, people acting as agents to mediate between parents and mosdos, taking NIS thousands to guarantee the admission of talmidim into chareidi mosdos.

Orlev expressed outrage and has demanded the committee convene to probe the reports, that agents are working as facilitators, taking money from concerned parents who are pressured, realizing if they fail to get their child into the ‘correct yeshiva’ will have long-term ramifications, including shidduchim, and the concerns have opened a market for these facilitators, who buy a talmid’s entry to mosdos at the expense of parents who seek the best for their child.