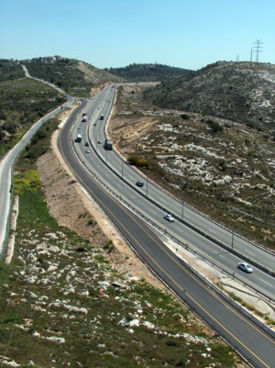 In response to the High Court of Justice’s ruling regarding Highway 443, compelling the IDF to open the roadway to PA (Palestinian Authority) motorists, the Knesset will be entertaining a bill that will give the lawmakers a final word in the matter in the ongoing cat and mouse game between the parliament and the nation’s highest court.

The bill put forward by MK (Likud) Yariv Levin enjoys the support of 38 additional MKs from seven parties. The bill would compel the authorization of the Knesset Foreign Affairs & Defense Committee subcommittee before the IDF central district commander may restrict travel on a particular road.

This explains Levin will place a strong measure of supervision over military decisions to restrict travel, but more importantly in this case, it places the authority of restricting travel on a roadway in the hands of the Knesset subcommittee, which in theory, will then be empowered to overrule the court’s order to open the road.

Levin states in this case, if passed into law, the Knesset will have the authority to take steps to ensure Israeli motorists do not become “ducks in a shooting range of terrorists”. Signatories include MKs from Likud, Yisrael Beitenu, Shas, Yahadut HaTorah, HaBayit HaYehudi Kadima and Ichud HaLeumi. (None of the signatories from coalition parties include ministers or deputy ministers).

Levin is confident the Ministerial Legislative Committee will approve the bill next week, clearing the way for a preliminary vote in Knesset.