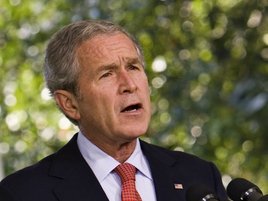 Yes, US Secretary of State Hillary Rodham’s opinion is important, as is America’s support, but this support does not eliminate Israel’s raison d’être, to serve as the homeland of the Jewish People. This right is indeed G-d-given, and one who denies this truly hasn’t claim to the land, for the UN Resolution accepting the declaration of the State of Israel in 1948 is not something that can stand up to today’s mounting anti-Israel world opinion.

Clinton called last week’s embarrassment “insulting” and a “difficult situation”. The secretary, who has never been among Israel’s biggest fans, is using the announced construction in Ramat Shlomo to her fullest advantage, seeking to push Prime Minister Binyamin Netanyahu into a corner.

Netanyahu, who former Ariel Sharon confidant attorney Dov Weisglass [on Reshet Bet Israel Radio on Sunday] called “among the most politically astute Israelis, one who has a comprehensive understanding of Israel-US relations”, apologized and did what was expected of him and necessary to mend fences.

Nevertheless, the prime minister stated that Jerusalem was never included in the construction freeze and his administration’s plans to build are in line with all governments since 1967.

Likud MK Danny Danon points out that it is interesting however that Secretary Clinton, who is demanding total compliance with all agreements signed in the past between Israel and the PA (Palestinian Authority) seems to have difficulty finding the letter given to attorney Dov Weisglass by President George W. Bush committing the White House to accepting settlement blocs in Yehuda and Shomron.

The current US administration headed by President Barak Obama does not know exactly what letter Israel is referring to, opting to ignore the agreement of the former American administration for doing so better suits the current president and secretary of state, who are setting the pace for a less endearing relationship between Israel and the White House, preferring to build bridges with the PA and Syria.

One of the more scathing media criticisms comes from Thomas Friedman, who position on Israel is well-known, entitling his New York Times “Driving Drunk in Jerusalem”, stating Vice President Biden should have gotten on Air Force 2 immediately and left, stating the vice president should have simply left a note stating “You think you can embarrass your only true ally in the world with no consequences?”

The affair surrounding the announced Ramat Shlomo construction is far from over and it seems the American administration plans to keep the fires burning for as long as possible, seeking as much political gain at Israel’s expense as possible.