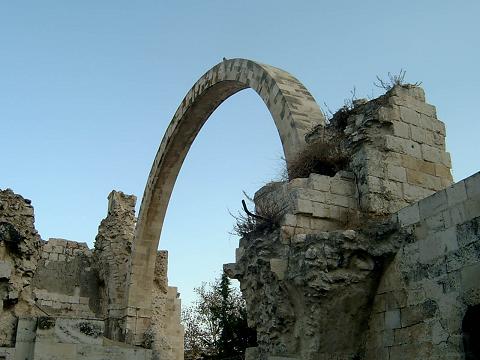 There are simply no words to describe the realities surrounding the Monday evening re-dedication of the Churva Shul in the Rova, Jewish Quarter of Jerusalem’s Old City. After about four years of work, the shul will be dedicated for a third time, signaling the ongoing Jewish sovereignty over the Old City.

An event was already held on Sunday night, after 62 years of the shul being in ruins, and tonight will be another event, including affixing a mezuzah to the newly rebuilt shul. On Sunday night, a Sefer Torah was escorted from the Kosel to the shul.

In the shadow of a diplomatic crisis between Israel and the United States surrounding Israel’s insensitivity pertaining to the announced tender for constructing 1,600 housing units in Ramat Shlomo, the PA (Palestinian Authority) is indeed capitalizing on event, as is the leadership of the Jordanian Waqf Authority, which oversees the goings-on on Har HaBayis.

With senior Israeli officials still attempting to extricate themselves from the political blunder which is viewed by the White House and State Department as an “insult” to US Vice President Joe Biden, the PA is capitalizing on Israel’s compromised political position, calling on Muslims to make their way to al-Aqsa Mosque, insisting Israel is once again endangering the future of the Islamic shrine.

Whatever the case may be, police and other agencies are taking intelligence reports pointing to planned Islamic violence seriously and some 2,500 police troops are deployed on and around Har HaBayis ahead of the re-dedication ceremony. In addition, there is a minimum age restriction for Islamic worshipers wishing to visit the Temple Mount through Tuesday, with police barring any male under 50 and all who do not have a blue Israeli ID card. There are no restrictions on female Islamic worshipers.

In addition, the weekend closure on PA residents throughout Yehuda and Shomron has been extended by Defense Minister Ehud Barak through Tuesday, also citing intelligence reports as the reason for the atypical move.

MK (Ichud HaLeumi) Uri Ariel spoke with Kol Chai Radio explaining the renewed monthly custom of walking around the Gates of the Old City every Rosh Chodesh, a monthly event that has been ongoing for a number of years. Ariel confirmed reports that this month’s event was canceled as per Israel Police, stating they are simply overtaxed due to the heightened security around Har HaBayis, but a symbolic small ceremony is permitted instead of the march.

Ariel rejects police reasoning, and is angered that “every time Arabs threaten, the Jews are hit with restricted access”. He repeated that the government was warned that running from Gaza will only bringing rockets into southern Israel, lamenting today’s painful realities.

“If 10,000 police are required for the job; then 10,000 police should be brought since it is unacceptable that once again Jews are limited in response to Arab threats of violence”.  Ariel confirmed that an alternate date of the Nissan monthly march may be announced.

Spokesmen for the PA and the Waqf interviewed by Israel Radio refer to the re-dedication ceremony as a “provocative” and “inflammatory” act that is indeed interpreted by Muslims as a threat to al-Aqsa.

It should be pointed out that despite political tensions, the date for the Monday night event was decided upon five months ago, and those involved stress they do not see any connection between a shul dedication and the complicated political scene, which they will leave to politicians to address.

The project cost over NIS 45 million, of which the government was supposed to give NIS 24 million. In actuality, the government only gave NIS 12 million and the remainder came from donations.