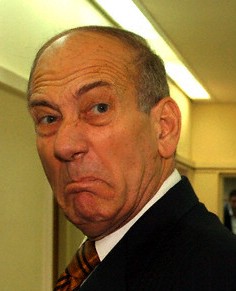 Former Prime Minister Ehud Olmert has reportedly decided to curtail his travels in Europe to return home on Wednesday night, reportedly due to the mounting pressure pertaining to the Holyland investigation and his alleged involvement in the affair.

Over recent days, Olmert and his aides have released statements to the media denying any involvement in the case, with Yediot Achronot stating the former prime minister is accusing one of the senior players of trying to blackmail him in connection to the case.

In a statement released by media advisor Amir Dan, he explained that “due to mounting pressure in the case and the desire of police to question Mr. Olmert regarding Holyland, he has decided to cut his travels short and return home to accommodate”.

Dan added that Mr. Olmert will present himself upon request by police, explaining he is willing to cooperate in the matter in any way possible.