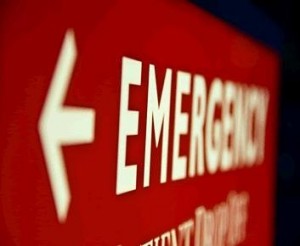 Yahadut HaTorah MK R’ Moshe Gafne is proposing a unique solution to bring an end to the controversy surrounding the proposed fortified emergency room at Barzilai Hospital in Ashkelon.

The new idea is taken from the state-of-the-art Italian equipment used to construct the Minheret Carmel Tunnel, a project in which care was taken not to damage the area above the tunnel.

The idea originates from engineer Tuvia Sagiv, who presented what he views as a doable solution. Meetings were held with the Chief Rabbinate of Israel’s Rav Tuvia Ruza and Rav Aryeh Dvir, who presents HaGaon HaRav Yosef Sholom Elyashiv Shlita, and they now hope to present the proposal to Eyal Gabbai of the Prime Minister’s Office.

There are still a number of hurdles to tackle, including extremely sandy ground conditions and the fact that such project is unprecedented in Israel, seeking to dig out an extremely wide tunnel.