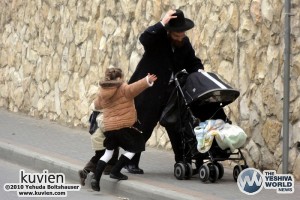 As wind speeds continue to increase across the country, bringing with them large amount of sand, the country braces itself for the rainfall that has followed, though in the beginning, all the rain that has fell turned to mud before it hit the ground. Hopefully the rain will continue for many more days to come.

MDA crews around the country treated 30 people injured as a result of objects being blown by the strong winds that buffeted Israel. Some were also taken to hospital.

While the storm caused some damage, it also brought much-needed rain. In Haifa a total of 130 millimeters fell, approaching the monthly average of 140mm. Tzfat got 164mm, and Naharia, 143.

Less rain fell in the central coast. In Tel Aviv, only 15mm fell. However, experts said they expect water levels in streams and other reserves to continue to rise overnight.

Snow fell in the Hermon. Weather forecasters said snow will continue to fall Monday as well.