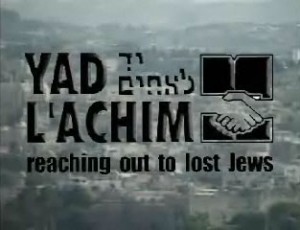 The Central Arava Regional Council has agreed to allocate hundreds of dunams of land toward the establishment of a “spiritual university” that is based on Buddhist principles.

Yad L’Achim has been inundated with calls from local residents expressing deep concern over the initiative and asking for help in blocking it. In response, Yad L’Achim investigated the organization behind the initiative, “Shitah v’Chochmah,” and learned that its leaders are trained in classical Buddhism.

The center is to be headed by “Lama” Dvora Tzvieli, an Israeli who has lived in the United States since 1985, and has been teaching the dharma (cosmic principles) since 1999. She says she is a devoted student of Michael Roach. an American teacher of Tibetan Buddhism, and attended his Diamond Mountain University in Bowie, Arizona.

Yad L’Achim has learned that “Shita v’Chochmah” failed to mention its connection to Buddhism when it applied for registration as a nonprofit with the Interior Ministry. In all of the forms, the words “Spiritual University” appear, without any explanation of what that means.

At the first stage, the group was allocated 50 dunams, with agreement in principle to allocate a further 350 dunams in the future. The group says that the site is ideal for its retreats and meditations since it is large and desolate. It adds that it also hopes to take advantage of its proximity to Jordan to help bring peace.

Yad L’Achim has learned that organizers are also planning to share their Buddhisim-inspired philosophy with local residents. “It is the intention of the organization to hold a number of activities … in conjunction with residents of local communities.”

An internal document gives specific examples of this cooperation and concludes: “We are convinced that the center will become a place for advancing our teachings and the students, by becoming rooted in the local communities and mutually contributing [to one another].”

Yad L’Achim chairman Rav Shalom Dov Lifschitz sent an urgent appeal this week to Interior Minister Eli Yishai, Ezra Rabins, head of the Central Arava Regional Council, and to Yifatch Ben David, secretary of the Chatzeva community in the Arava. In his letter, Rav Lifschitz stressed that “Buddhism is idol-worship in the fullest sense of the word and that every step must be taken to prevent the establishment of this avoda zara center, while there is still time.”

He noted with irony that despite the fact that “the cults seek to tear apart the Jewish People, the state of Israel welcomes them with open arms.”