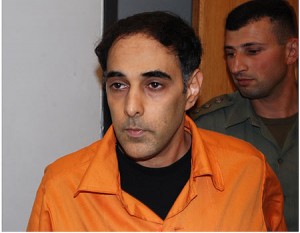 Yigal Amir, the assassin of former Prime Minister Yitzhak Rabin, rejected a State Prosecution offer which would allow him to hold a one hour bi-weekly torah study session with a fellow prisoner.

Amir’s attorney Ariel Atari told the Petah Tikva District Court that the offer to ease Amir’s confinement was unsatisfactory. “The offer hurts Amir’s freedom of worship,” claimed the lawyer and noted that the State “took one step back” since it had previously offered to imprison Amir with another inmate on a regular basis.