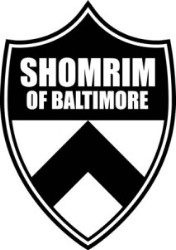 When Pauline Watson felt threatened by teenagers loitering outside her condominium in this city’s Park Heights neighborhood, she didn’t call the police. She called Shomrim.

“We were scared, okay?” said the 65-year-old African American, adding that most tenants in her building are elderly.

Police in this crime-ridden city have their hands full with more serious matters, Watson said, and often cannot respond quickly to non-emergency calls in her working-class neighborhood. Shomrim was on the scene within minutes, she said, and dispersed the teenagers peacefully.

Since 2005, Shomrim, an Orthodox Jewish volunteer unit, has added a layer of safety to this city, residents such as Watson say. Calling themselves additional “eyes and ears” for the police, more than 30 Shomrim volunteers man a year-round, 24/7 hotline, responding to 130-150 calls for help each month.

Maj. Johnny Delgado, commander of Baltimore City Police Department’s Northwest District, where Shomrim patrols, calls the citizen squad “invaluable.” But a recent violent encounter between Shomrim and a black teen sparked a larger confrontation between the city’s black and Jewish communities, with both groups accusing the other of harassment and racial hostility.

In November, a black 15-year-old accused Baltimore Shomrim volunteers of accosting him on the street, striking him on the head with a radio and saying, “You don’t belong around here” – a predominantly Jewish section of Park Heights.

Eliyalu Eliezer Werdesheim, 23, a Shomrim volunteer and former Israeli special forces soldier, and his brother Avi Werdesheim, 20, who does not work with Shomrim, have been charged with false imprisonment, second-degree assault and possession of a deadly weapon. Both are scheduled to be arraigned in Baltimore City Circuit Court on Feb. 16.

But Baltimore City State’s Attorney Gregg Bernstein – the city’s top prosecutor – decided to drop a more serious felony assault charge against the elder Werdesheim, enraging some members of the black community, who have protested outside Bernstein’s office.

“What does this move say about how much city leaders value the lives and safety of black teenagers in Baltimore?” asked the Rev. Heber Brown, vice president of the Interdenominational Ministerial Alliance. Brown is one of several black pastors calling on Shomrim to halt operations until the Werdesheim case is settled.

According to Brown, Shomrim is a “violent fringe group” that should diversify its volunteer corps or disband. Several other black pastors and community leaders have echoed that call.

Shomrim officials refused to comment on the record. Attorneys for the Werdesheims have said the brothers acted in self-defense after the teenager threatened them with a nail-studded wooden stick.

The first chapter of Shomrim, which means “watchers” in Hebrew, was founded in Brooklyn, N.Y., in 1981. Since then, independent chapters have sprung up in England, Australia and several New York neighborhoods with a high concentration of Orthodox Jews.

Unlike other whites who fled to the suburbs, Orthodox Jews are reluctant to uproot from their inner-city communities, even when the surrounding streets get rough, said Jonathan Kaufman, author of “Broken Alliance: The Turbulent Times Between Blacks and Jews in America.” Because of Sabbath-day prohibitions on driving, Orthodox Jewish communities are not particularly portable. Instead of relying on cash-strapped cities for services such as ambulances, schools and police, Orthodox Jewish enclaves often established their own, said Kaufman, who is also education editor for Bloomberg News.

Park Heights is home to 25 synagogues and temples, a Jewish community center, private schools for Jewish students and restaurants that cater to Orthodox eating restrictions.

“Thirty years ago, a collective decision was made: We’re not moving anymore,” said Gary Poretsky, an Orthodox Jewish lawyer who lives in Park Heights. But after an increase in crime six years ago, the community decided it needed a proactive police presence, Poretsky said, and founded a Shomrim chapter.

Residents – black and white – generally praise Shomrim’s work, said Sandy Johnson, president of the Fallstaff Improvement Association, a neighborhood group that includes Park Heights. But, she said, there is little interaction between blacks and whites in the neighborhood.

“The Orthodox Jews tend to stay pretty much to themselves,” Johnson said, “which we understand and respect. There’s no hostility.” But the insularity of Orthodox Jewish communities in mixed-race neighborhoods can breed misunderstandings and stir up simmering tensions.

“Our kids go to special schools, we don’t eat in restaurants because we keep kosher, we don’t watch TV or use the Internet,” Poretsky said. “We’re almost like the Amish in terms of our cultural isolation. We do have that distinct identity that can sometimes be off-putting.”

Kaufman added that similar tensions can erupt between the Orthodox and fellow Jews.

But policing a mixed-race community requires more sensitivity than, say, founding a school. Some black leaders say Shomrim’s Jewish-only squads give the impression that its aim is to protect Jews from outsiders, including blacks.

“It doesn’t appear there’s a willingness to include other people who are stakeholders in the neighborhood,” said the Rev. Cortly Witherspoon, a community organizer who is considering filing a civil rights complaint against the Werdesheims with the Justice Department.

Poretsky and Johnson said Shomrim has visited numerous neighborhood meetings trying to recruit minority volunteers but to no avail. They also said that some of Shomrim’s most ardent critics, such as Witherspoon and Brown, do not live in or near Park Heights.

Poretsky, who is close to Shomrim leaders, said the group is working to “revamp its protocols” after the November incident with the black teenager. Shomrim volunteers are not supposed to detain suspects, only wait for the police to arrive and provide eyewitness accounts.

Pauline Watson is upset by last year’s incident and questions how the state’s attorney has handled the case, but she said Shomrim is too valuable to lose.

“They have been doing positive things in our community,” she said. “You shouldn’t disband an organization because of one bad apple.”