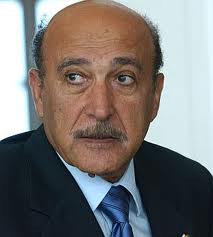 Such an attempt on the life of Omar Suleiman would mark an alarming turn in the uprising against the government of President Hosni Mubarak, who only recently named Suleiman as vice president in an effort to quell the unrest and possibly line up a successor.

A senior Obama administration official confirmed that the attack happened soon after Suleiman was appointed, on Jan. 29. The official described it as an organized attack on Suleiman’s motorcade.

“I’m not going to … get into that question,” Gibbs said.

On Saturday, a senior Egyptian security source denied the reports of the assassination attempt, says there was no truth to them at all, Reuters reported.

The vice president post was empty when Mubarak tapped Suleiman for the job after the protests began. Suleiman would stand to take over as interim leader of Egypt in some of the proposals reportedly being considered for an expedited political transition.

Fox News’ senior administration source expressed surprise that news of the assassination attempt was just now breaking, “because he is the transition plan … or at least one of them for the Egyptians.”

But Suleiman also comes with an image problem of his own after serving as head of Mubarak’s intelligence forces.

As spy chief, he was known for his strong-arm tactics and was seen as one of the region’s most feared and revered intelligence chiefs.

It isn’t immediately clear who was behind the assassination attempt.