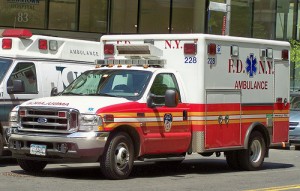 A 40-year-old woman was stabbed on the subway platform at 59th Street and Lexington Avenue Monday, and authorities believe a 20-year-old woman attacked her at random, according to a law enforcement official.

FDNY says the older woman was stabbed in the stomach on the northbound 6 train platform at about 10 a.m. A law enforcement official says the victim ran into Bloomingdale’s for help.

She was taken to the hospital with non-life-threatening injuries.

The official tells NBC 4 New York that the stabbing appeared to be random. The younger woman was arrested at the station.

A knife with a blade 3-4 inches long was recovered.