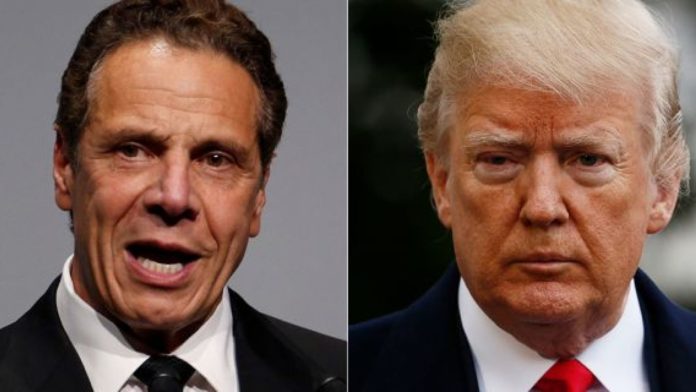 With the price of energy continuing to soar skyward, especially in the five boroughs and the Long Island area, homeowners faced by rising bills have been desperate for financial relief, especially as our dependence on electricity continues to grow. Far from just being a monetary issue, energy supply has become a serious concern, with the decades-old Indian Point Energy Center in Westchester due to begin discontinuing its operations in less than two years, a move that will further exacerbate the energy shortage while also causing already over-inflated prices to rise to record levels.

In the recent NYS Democratic Gubernatorial debate, Cynthia Nixon accused Gov. Cuomo of not pushing back enough against President Trump’s recent massive cuts to the EPA, specifically clean energy. Nixon claimed that Cuomo is not doing enough to have NYS reduce our dependency of fossil fuels. In reality, Cuomo’s REV (Reforming the Energy Vision) initiative has doubled down on renewables for NYS home owners and businesses. In fact, NYS has committed 5 Billion dollars to renewables (solar), this is the largest fund ever for NYS green projects. If you own a home or business in NYC, now is the opportune time to go green. You can get over $25,000 in grants paying for the majority of your solar system without putting a dollar out of your pocket using subsidized loans and grants. The Rev initiative may be Cuomo’s legacy and his ticket to the White House. By investing massive taxpayers’ money into these green projects he hopes to offset Indian Point’s electric shortfall and avoid the looming electric crises.

In recent years, solar energy had been touted as a reliable source of renewable energy, but while the concept of drawing on free energy from the sun was extremely tempting, the realities of the model had been anything but perfect. Thankfully, much has changed in the world of solar energy in recent months and Solar Done Right LLC has been leading the way with affordable, reliable systems that provide access to safe, dependable and affordable energy. Offering the high quality solar panels for just a fraction of the price charged by other companies, Solar Done Right has been equipping commercial sites with solar panels for years, but only recently made its services available to the residential sector.

Solar Done Right’s concept is to offer wholesale prices to the public using top tier solar systems with a 25 year warranty installed for rock bottom prices in NYC. Currently, SDR is offering the premium LG solar systems for under $14,800 after all incentives, instead of its market price of $55,000 for projects that will be installed before 12/31/18.

The remaining cost can be covered by a low-interest loan, which payments are lower than the cost of electric provided by the utility. In the first 10 years, the client will save close to $10,000. Over the life time of the solar system, they are projected to save over $70,000. If the electric prices skyrocket the savings will be over 6 figures. “Homeowners can expect to see a return on their investment in as little as six years, and in some areas where there are extra incentives and property tax benefits, that number could be as low as three and a half years,” explained Schmerler of SDR.

For commercial/small buildings, NYC has now finally made the necessary regulation changes that were needed. They have increased the government incentives so that for the first time solar makes financial sense in NYC. “Until this past year, we only focused on projects in the NJ market. Our clients would be getting 100% financing at low interest rates because banks viewed solar as a secure investment. Clients would be cash positive from day one and in some cases over the 25 years, make a few million dollars by harnessing the power of the sun,” says Schmerler.

In the year 1985, the average household had just three electronic devices in use; today that number could be 25 or more per home, and with energy consumption rising as never before, experts are warning that an energy shortage and significant price hikes could take place as early as 2020.

According to Schmerler, the obvious answer is renewable energy sources. Schmerler noted that solar construction is already required on all new homes built in California.

“Right now New York has aggressive incentives but they won’t last forever and mandates, forcing homeowners to go solar, may be next,” said Schmerler. “With energy
prices rising a minimum of three percent every year, now is a good time to buy. Solar is a very attractive option but it has to be done right.”

For more information & a free assessment please call Solar Done Right at 516-204-9200 or sign up at Solardrllc.com