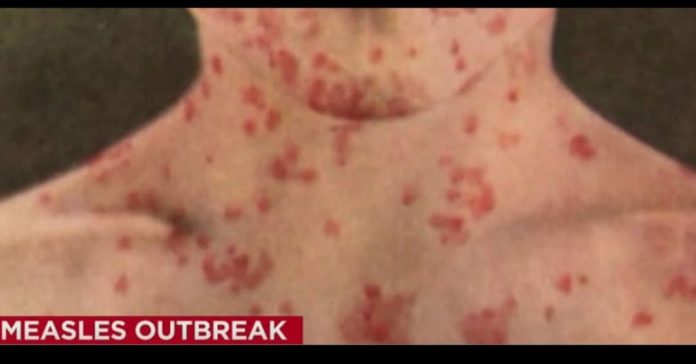 Measles outbreaks have been reported in Williamsburg, Monsey (Rockland County), in many communities in Israel, and now – in Lakewood, NJ.

Health officials in Lakewood are warning the community about a suspected case of measles, and confirmed cases of Pertussis and Varicella.

The CHEMED Health Clinic in Lakewood tells TLS that an individual showed signs and symptoms of measles – including a large rash on his body.

The patient had just returned from a trip to Israel.

CHEMED released the following statement to TLS regarding the cases.

“CHEMED would like to make the community aware of a suspected case of measles in Ocean County and confirmed cases of pertussis and varicella. Symptoms of measles include fever, coughing and a rash that usually starts on the face.

“There is a very real danger for those who are not immunized, such as infants, and those who are immuno-compromised, who may come in contact with an infected person. A non-immunized pregnant women could result in exposure to the fetus.

CHEMED would like to remind everyone of the vital importance of being up to date with immunizations to protect you and our community.”

Last Wednesday, YWN published a story about a measles outbreak in New York, with 6 residents of Williamsburg and seven residents of Rockland County confirmed to have the disease. An additional eight suspected cases in Rockland County were being investigated involving a mix of adults and children. Many are linked to recent travel to Israel which has been dealing with the disease for months.

Earlier Wednesday, YWN published an article where MK (Yisrael Beitenu) Yulia Malinovsky on Monday, during a session of the Knesset Health Committee, blasted the chareidi public of intensifying the spread of measles in Israel because so many of the community refuse to vaccinate.