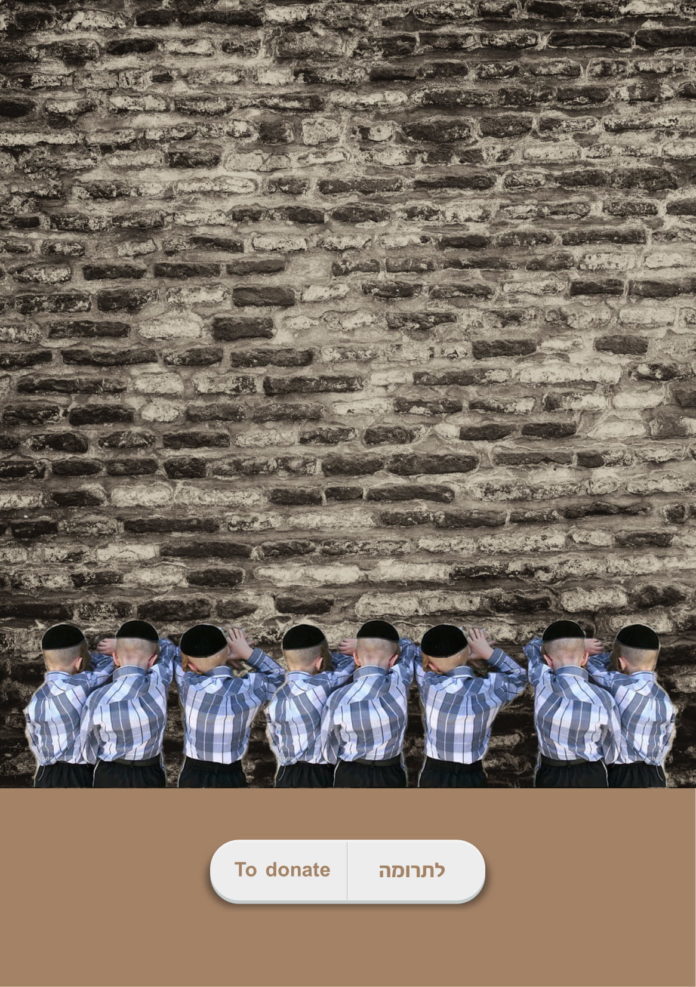 This issue concerns an avrech who has been suffering ever since he was born, primarily from the emotional point of view. Neither of his parents are mentally healthy, and eventually they got divorced. Their son, this young man, was torn between two worlds in an all-too-familiar and frightening scenario. There is no need to go into length here, especially as much of this story is not suitable to be written down.

As a child and later as a young man, he went from household to household, suffering one emotional crisis after another. Yet, somehow, and no one knows how, he survived everything. He rehabilitated his wounded soul and went on with Hashem’s help to build a happy Jewish home, with eight healthy, successful children.

He also went on to be very successful in his role as teacher at a very important Talmud Torah. He earned the respect of those around him and overcame his previous wretched situation.

However, recently the state of his domestic harmony has deteriorated and become very difficult. All of his previous problems resurfaced, and now he and his wife have approached the Beis Dinto arrange a get.

Various activists have been involved in the situation and have discovered the roots of the problem. They have delayed the divorce proceedings and built an easy, structured program to restore domestic harmony. The only problem is that a lot of money is needed to implement the program.

This has created an absurd situation. There is a clear program for saving this family, but due to a lack of funds, the couple still intends to get divorced.

It’s unbelievable, but this is happening in front of our eyes. It is heartbreaking to see a family falling apart when a little money could help them to restore domestic harmony and flourish forever.

At this point, it just depends on us, the brothers of this family of ten, who finds itself at a crossroads. We are caring brothers who are concerned about the future of the children, and that of the entire family.

We can determine whether this will once again be a happy home – or not!

The ball is in our court, and we must save them. Let’s not stand to one side, watching the blood and tears flow from this crumbling home. Let’s save them!