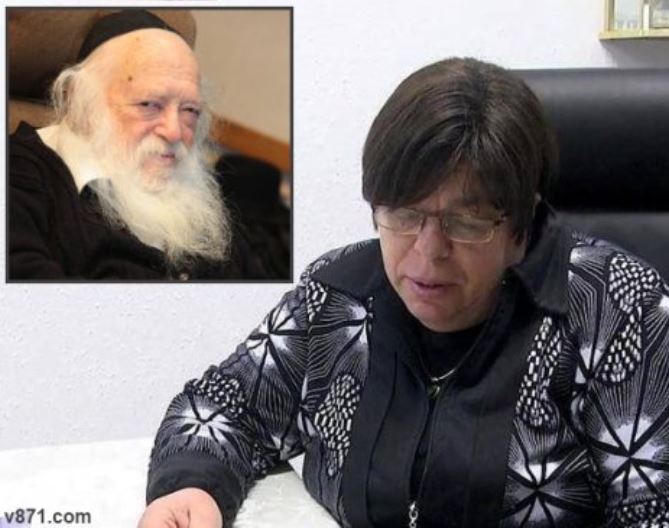 Rebbetzin Kolodetsky, daughter of Rav Chaim Kanievsky and leader of klal yisroel in her own right, often travels the world to inspire women with words of Torah. On a recent trip to Argentina, however, she heard a story which shocked her:

Nurit Laniado was abandoned by her parents at just 12-years-old. Kicked out of her home and passed from foster family to foster family, she suffered unspeakably. Now she is engaged to be married to an Israeli boy, but has no family to help her prepare for her family. The girl cried out of desperation on the Rebbetzin’s shoulder, and Rebbetzin Kolodetsky took it upon herself to do what she could to save this special young lady.

The Rebbetzin penned an emotional letter to the public, and released a video [below] where she speaks of how impressed she was by young Nurit: “A tzadekes with a true fear of Heaven … She was passed from family to family and still managed to maintain her yiras shomayim.”

“They are getting married without a shekel to their name,” she says in her address to the Jewish People. “Whatever you give, you will get back 1000 times.”

They are strong, striking words from a truly respected member of klal yisroel. Rav Chaim himself has also gotten involved, calling the kallah a “true orphan,” and saying that it is a “great mitzvah” to help her. Nurit’s kallah fund paints a heartbreaking story:

It is an understandable request, from a girl who truly has nothing. Nurit may have been abandoned by her parents, but she has been adopted by the gedolim. Though she cries herself to sleep each night, strangers around the world have the opportunity to join the Kanievsky family in making her dreams come true.