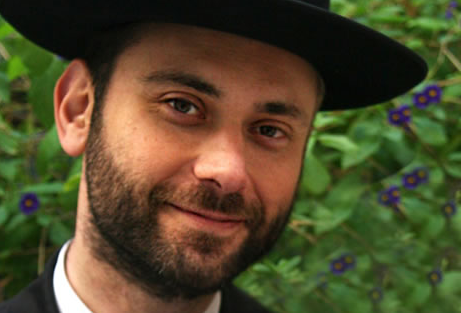 Jerusalem, Israel (1/10/20) — Six years after the tragic death of its executive director Gershon Burd zt”l, Yeshivas Bircas HaTorah is proud to announce the brand-new Gershon Burd Building will open in his honor in the heart of Jerusalem’s Old City next month.  Located at the former site of Rabbi Meir Schuster’s Heritage House, the Gershon Burd Building will be the first portal to the Jewish Quarter that will be seen by millions of visitors to the Holy City every year.

Already the subject of a book and planned documentary, the story of Gershon Burd went viral back in 2013 after revelations of his hidden acts of chesed surfaced in the days and weeks following his sudden passing on his 40th birthday.

“Gershon set a tremendously high bar for us,” said Rabbi Nissim Tagger, Rosh Yeshiva of Yeshivas Bircas HaTorah.  “His whole life was dedicated to supporting Torah and this yeshiva.  May Hashem bless his neshama and all the Torah that will be produced in the new building in his merit.”

The building was purchased for Yeshivas Bircas HaTorah by an anonymous donor whose intention is that Gershon’s children, some of whom have very little memory of their father, will grow up fulfilled by the knowledge that his name will be seen by the millions of people who pass through the Jewish Quarter each year.

Among the many hidden acts of chesed which surfaced only after his death, Gershon secretly paid for “free” helium balloons for children in the Jewish Quarter of Jerusalem’s Old City, and he created elaborate ruses to cover needy students’ yeshiva tuition and to save families and marriages by secretly paying their counseling and therapy expenses.