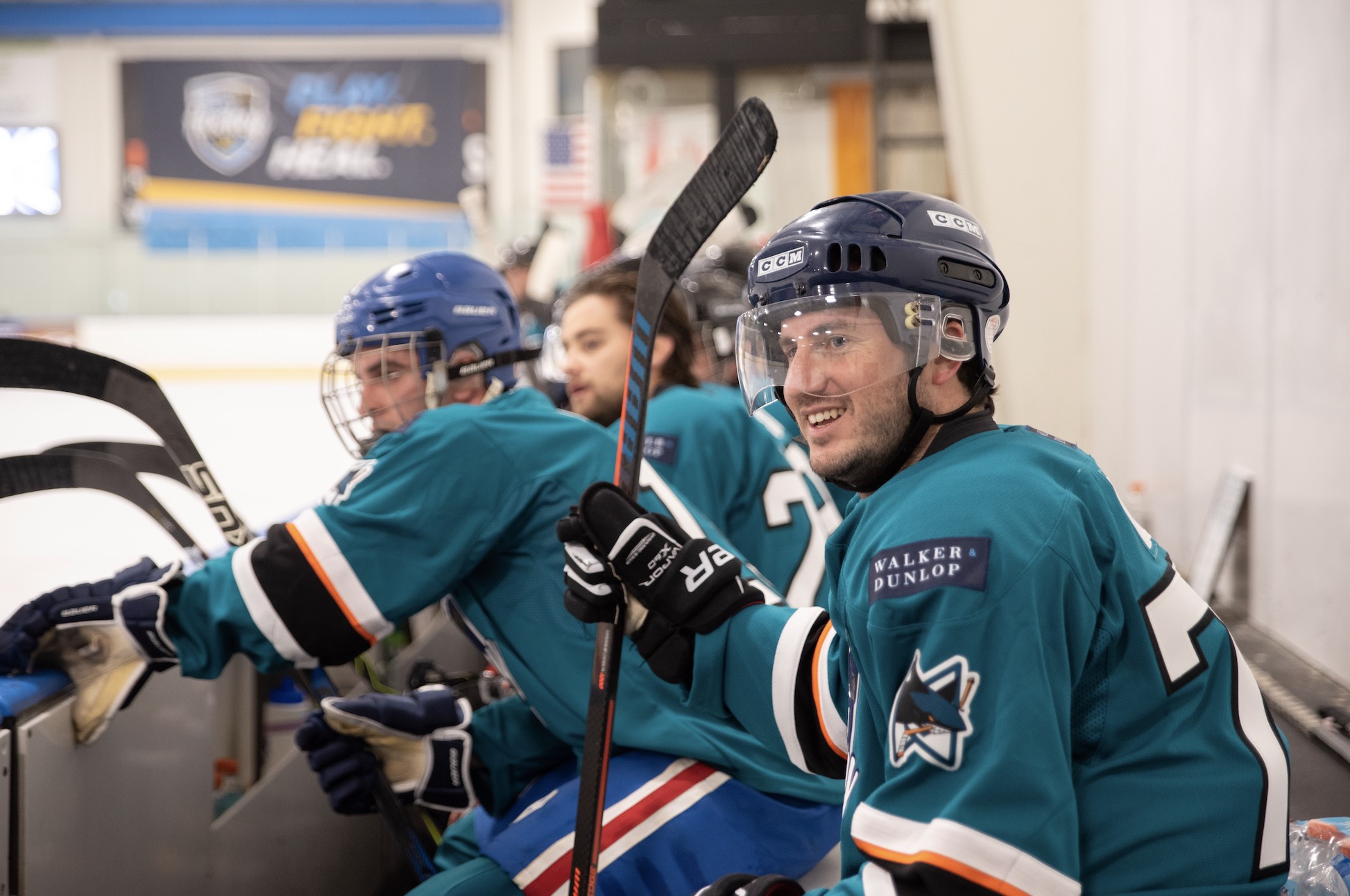 The RCCS Hockey Classic Tournament presented by Dasmen Residential, was back and it was better than it has ever been. After being cancelled last year because the pandemic, the 2021 RCCS Hockey Classic reclaimed its title as the largest Jewish communal Ice hockey event in the world: with 380 players, twenty-four teams, hundreds of spectators and an unprecedented spirit of enthusiasm and camaraderie.

The RCCS Classic concept is the brainchild of Gabriel Jacobson, controller for Jordache. Gabriel’s love of hockey was only matched by his love of chesed and he thought of a brilliant way to combine his two passions. He then approached his childhood friend, Rabbi Yisroel Meir Merkin, RCCS’s Director of Organizational Advancement, with the concept and together they grew and expanded the tournament to make it an astounding success.

The 2021 Tournament dedicated in memory of Yaakov Yisroel Topper A”H, by his father Aron Topper commenced in Chicago earlier this year with a pond hockey style tournament and concluded over the weekend with a whirlwind series of games in two professional arenas in the Greater Pennsylvania area, with players and spectators traveling in from across the United States. The players, teams, and fans spanned all walks of Jewish communal life – all joining to make a lifesaving difference for their brothers and sisters in need.

Once the final game was played, the RCCS Hockey Classic presented by Dasmen Residential, had not only been sponsored and recognized by the NHL but had raised over $2.6 million on behalf of cancer patients and their families. This funding enables RCCS to meet the unfortunate spiraling need and help over 2,800 patients worldwide. RCCS provides medical guidance and facilitation; insurance premium payments and guidance; financial subsidies and emotional support – so that every patient can access first class care and peace of mind on the road to healing.

The action began on Sunday with concurrent games in the Iceline arena in West Chester, PA and PNY Arena, also in West Chester. Spirits were high as players gave it their all in a series of competitive play in games.  The event was a great venue for families, with special entertainment and activity programs arranged for the youngest attendees. A lavish offering of food and snacks was served throughout the day by the renowned Tessler Catering of Lakewood. Each family in attendance enjoyed special giveaways. 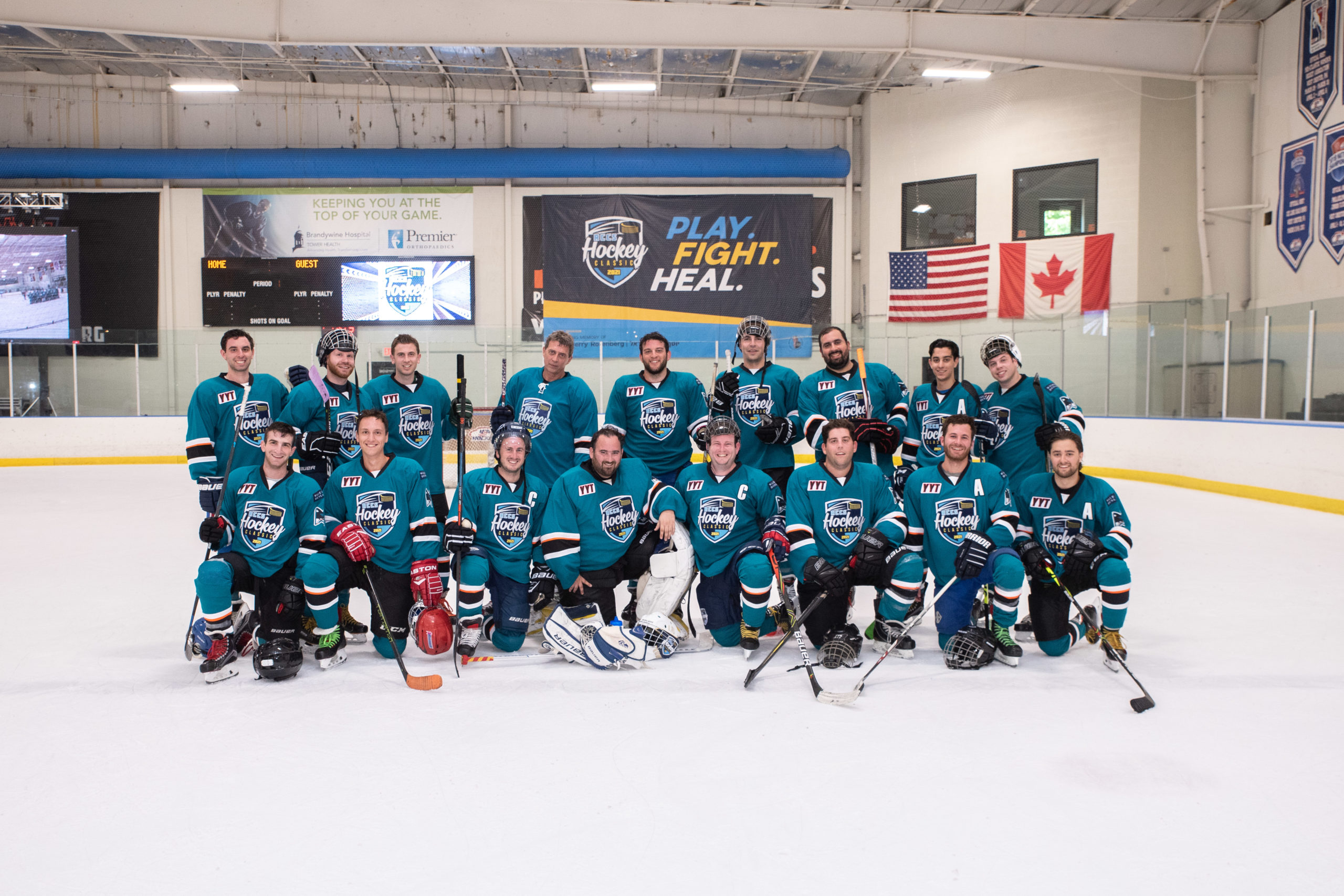 The highly anticipated awards ceremony, where all the top fundraisers are recognized and celebrated, was during the Player Appreciation Dinner presented by Omnicare on Sunday evening in a tent built right outside the Iceline Arena. All the top fundraisers were given recognition and shown tremendous appreciation by the RCCS Hockey staff. But the highlight of the evening came when Moshe Underweiser, a current patient of RCCS, told over his miraculous story of recovery and faith to the capacity crowd in the tent. His words of hope and appreciation were culminated by a standing ovation from all the RCCS Hockey Classic players. There wasn’t a dry eye in the crowd. 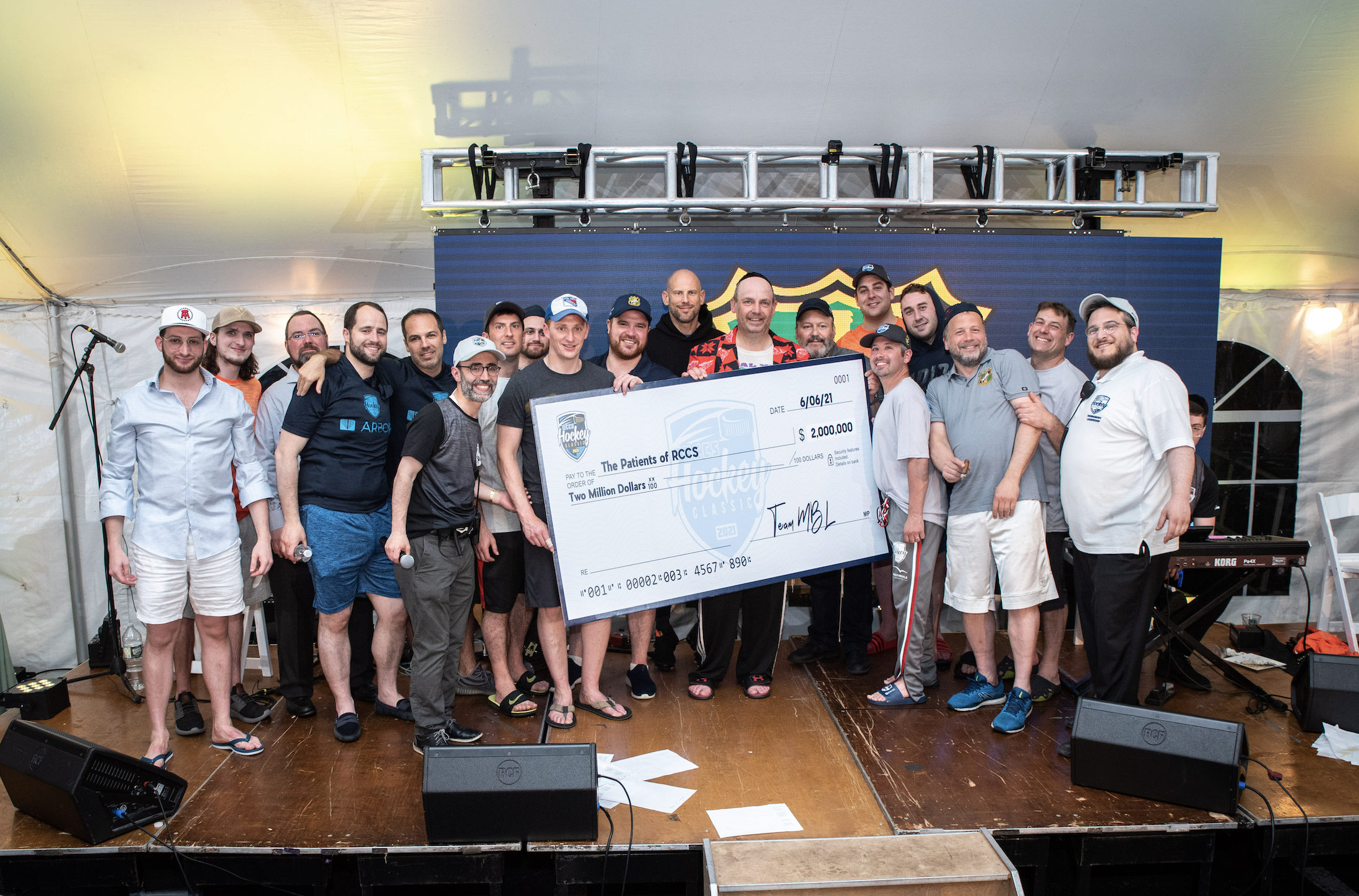 Leading the Tournament’s historic fundraising success was Menachem Katz of Team Dasmen, where he raised an unbelievable $200,000 on behalf of the patients of RCCS. Menachem’s dedication and commitment paid off as he was able to raise more money than any player had ever raised in the tournament.

The team fundraising effort was on full display as Team MBL, led by captain David Rosenberg, raised set the record for team fundraising by raising over $315,000. Team MBL was not only presented with a symbolic check to present to the organization, but with a special video from former Detroit Redwings head coach, Scotty Bowman, to congratulate the team on their tremendous accomplishment. Other top teams honored included Team Dasmen and Captain Jonathan Weiss, Team Lakewood AVS and Captain Shimshi Junger, Team YYT and Ari Strulowitz, and Team Colt 45s and Captain J.A. Bruckner.

“It is inspiring to see how the 2021 Tournament provided both a spirit of hope and optimism, and substantial funding to help cancer patients access first class medical care,” says Rabbi Merkin. “RCCS would like to thank everyone who helped make the Tournament a success enabling our dedicated staff to help patients in need.”