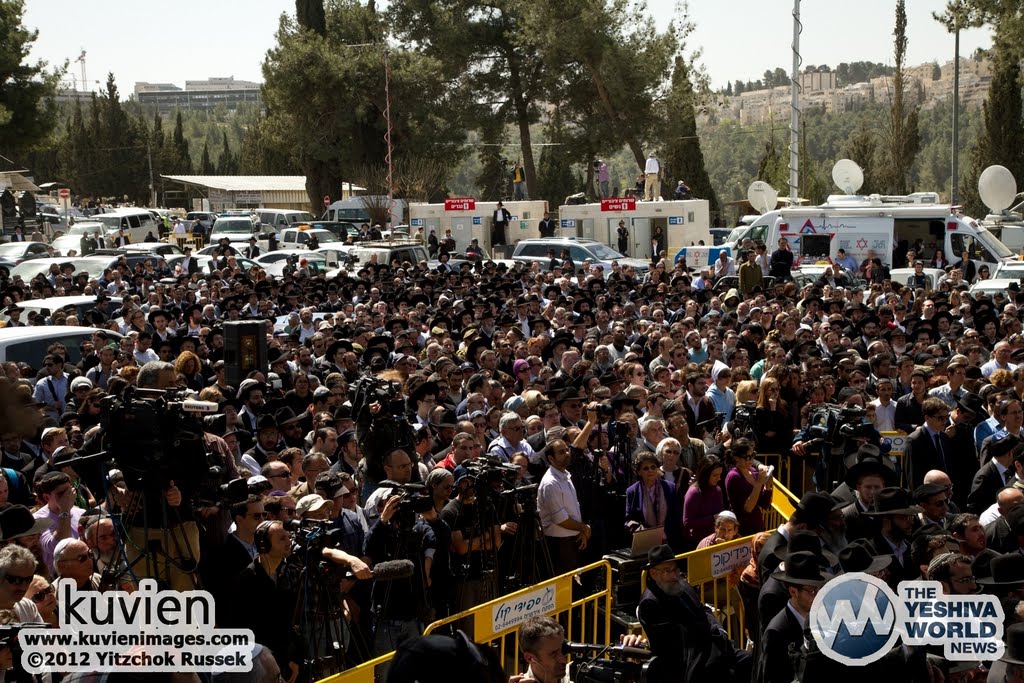 As was reported extensively on YWN, the Levaya of of the victims of the Toulouse terror attack ended earlier today, with thousands of people in attendance.

The Levaya area in Har Hamenuchos was placed under heavy security due to presence of dignitaries, including Knesset Speaker Reuven Rivlin, US Ambassador to Israel Dan Shapiro, French Foreign Minister Alain Juppé, cabinet ministers, MKs, prominent rabbonim and thousands of people whom all wished to identify with the moment and give kovod ha’meis to the terror victims.

The victims, Rav Yonatan Sandler (30), his sons Aryeh (6) and Gavriel Yissacher (4), and Miriam Monsonego (8) HY”D were all murdered, brutally and senselessly,  just for being Jews.