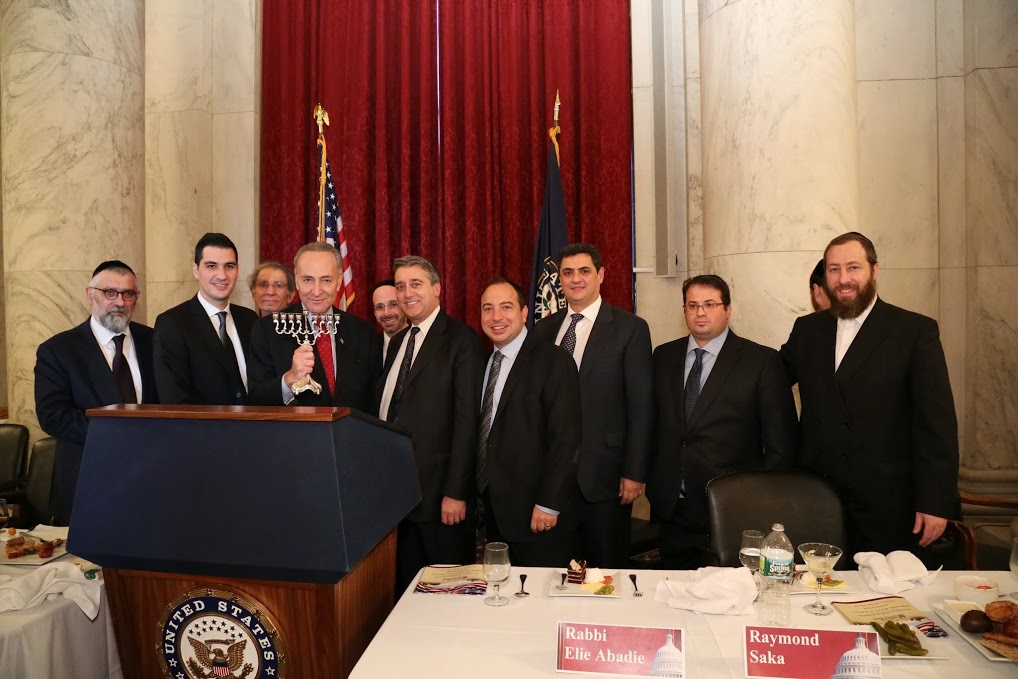 [VIDEO IN EXTENDED ARTICLE] Senator Chuck Schumer made himself comfortable as he talked up his ties with Brooklyn’s Sephardic Jewish Community at a Congressional luncheon hosted by the Sephardic Legacy Series, headed by Rabbi Yehuda Azulai.

In his introductory remarks, Mr. Schumer told the crowd that his surname ‘Schumer’ is a bad border translation to ‘Shomer’, as his family immigrated from Europe.

Talking about his relationship with the Sephardic Jewish community, as a representative of Brooklyn, Mr. Schumer joked about his Ashkenazic roots growing up in Brooklyn alongside Syrian immigrants of the Sephardic community.

“I am ‘J-Dub’.. you know,” M.r Schumer said to laughter from the crowd. (“J-Dub” is short for “JW” or “Jew,” the slang term used in the Syrian Jewish Community to describe an American Jew, and “S/Y” is the term Syrian Jews use to refer to themselves – JK).

Photo: Sephardic Leadership and Ezra Friedlander, of The Friedlander Group, presenting Senator Schumer a Menorah ahead of the Chanukah holiday