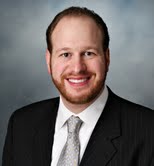 New York – Today on the steps of City Hall, Councilman David G. Greenfield (D-Brooklyn) announced the launch of a website where travelers can easily report inappropriate conduct by Transportation Security Administration employees. The website, www.reportTSAabuse.com, will also offer information to travelers about their rights while undergoing security screening, including the right to opt-out of full body scanning machines that produce a nude image of the traveler. These machines are currently operating at 70 airports across the United States, including New York City’s area airports, despite insistence by numerous global security experts that these invasive scanners do not stop terrorists from bringing explosives onto planes.

“New York City’s airports are among the busiest in the world, and the day before Thanksgiving is the busiest travel day of the year,” said Councilman Greenfield. “Unfortunately, travel delays won’t be the only headache for millions of Americans in the coming weeks. This holiday season, travelers will have to contend with egregious violations of their rights and a complete disregard for their dignity as they fly to visit with friends and family for the holidays.”

Last week, Councilman Greenfield announced legislation that would ban the use of full body scanners, more commonly known as “naked body scanners,” in all of New York City – including New York City’s two area airports: John F. Kennedy International and LaGuardia. This new website will serve as a resource for travelers during the busy holiday travel season, while the New York City Council works through the legislative process to ban these invasive scanners. Over a dozen Council Members have already signed on to support the legislation banning naked body scanners, and New Yorkers across the five boroughs are urging their elected officials to get behind this important legislation.

“While I work with over a dozen of my colleagues in the City Council, who are supporting my proposed ban of these naked body scanners, I hope that this website can serve as a resource for travelers and a warning for TSA employees: You’re watching us, but we’re also watching you. In New York City, we will hold you accountable for any misconduct.”

Any information collected on the website regarding allegations of sexual battery at New York’s airports will be forwarded, for review, to the local prosecuting office with jurisdiction over the particular airport.

“Since I launched this effort to protect New Yorkers’ privacy, I have received an amazing outpouring of support from across New York and across the United States. Our citizens want to be protected from governmental abuses of power. Nude imaging and over-aggressive pat-downs are inconsistent with our country’s laws and values,” noted Councilman Greenfield.  “I firmly believe that local elected officials, who are sworn to uphold the constitution, have an obligation to stand up when our federal government gets it wrong. Frankly, I think it is crystal clear that, when it comes to these naked body scanners and over-aggressive pat downs, the TSA is getting it wrong every single day at the expense of the rights and dignity of the American people.”