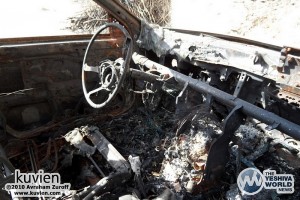 As the country stands in shock of the devastation that the wildfire in Northern Israel caused on the Carmel forest, and the dozens of lives that were R”L tragically taken, rehabilitation efforts are underway in full force. Communities that were directly affected by the blaze, such as Bet Oren, have wasted no time in clearing out the charred remains of their homes and starting to rebuild. After the loss of lives, the massive loss of forest will have a direct ecological and economic impact on the region, hence the efforts to create a proper reforestation plan.

The video below has Interviews with forest, firefighting, and JNF officials in Northern Israel following the country’s most devastating wildfire.