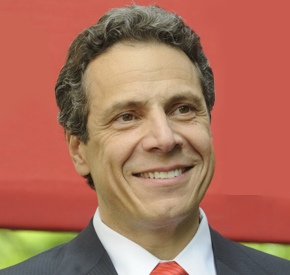 [VIDEO IN EXTENDED ARTICLE] Governor Andrew Cuomo warned today that the state Legislature could force a government shutdown, if members get in the way of his cost-cutting plans.

With the state budget deadline of April 1 looming, the governor released a video message to New Yorkers reiterating his commitment to close a $10 billion deficit without raising taxes.

He said the budget forces the government to cut waste and inefficiency.

“If the Legislature fails to pass a budget on time, the government will not have the funds to operate, and it may be forced to shut down. As your governor, I will make sure that we are prepared for this contingency. I don’t want it to happen,” said Cuomo. “I will do all that I can do to get the budget accomplished. I’m working very hard to cooperate with the legislature, but in the end, I will not compromise the important work you elected me to do.”

Meanwhile, legislative leaders seemed surprised by Cuomo’s videotaped warning. They insist progress is steady and a budget could even be passed early.

Senate Majority Leader Dean Skelos said the plan to close five or six mostly minimum security prisons will save as much as the governor’s proposal to close six prisons.