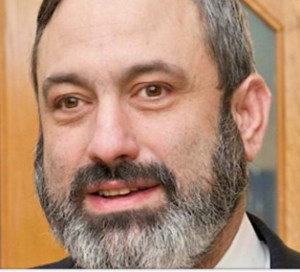 YWN regrets to inform you of the sudden Petira of Dr.Yehoshua Ben-Tzvi, he was 54 years old.

Dr. Ben Tzvi was a well-known Gastroenterologist at St. Luke’s-Roosevelt and Beth Israel Medical Centers, and lived in Flatbush. He was a Mispallel at Rabbi Yisroel Reisman’s Shul.

He was one of the first doctors that Hatzolah of Flatbush had (known as “F-75”), before many others became Paramedics. He saved countless lives, and would never hesitate to respond to emergencies 24 hours a day, seven days a week.

Dr. Ben-Zvi had a sterling personality, and unbelievable self-sacrifice to patients around the world suffering from gastrointestinal diseases. An IBD sufferer himself, he accepted someone else’s pain and suffering as his own.

The JCCSG Organization told YWN that he was recently very instrumental in research and medicine, and was being ever so hopeful to revolutionize a permanent cure for Crohn’s and colitis. Sadly, he didn’t live to the day to see his dream materialize.

On Sunday afternoon, Dr. Ben Tzvi suffered a allergic reaction to something he ate, and was rushed to the hospital. He was R”L Niftar a short while later.

The Levaya was held today (Monday) at Kehilla Chapels in Brooklyn.