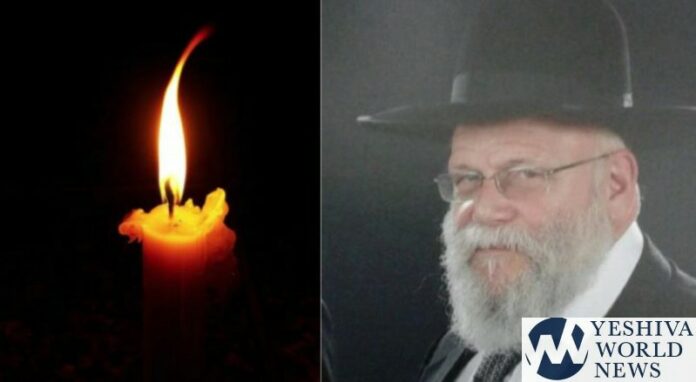 Hagaon HaRav Chaim Zev Malinowitz zt”l passed away on Thursday evening in Israel. Rav Malinowitz was the Rav of Beis Knesses Beis HaTefilah Yonah Avraham in Ramat Beit Shemesh Aleph. He was a major Talmid Chochom and Posek, a Rov and a massive Marbitz Torah.

He served as a Dayan and Rosh Kollel in Monsey, NY for many years before moving to Eretz Yisroel in 1997.

Rav Malinowitz also served as the General Editor of the Artscroll Schottenstein Edition of the Talmud a popular work used by tens of thousands of Jews across the globe every single day.

As the Rav of Beis HaTefilah Yonah Avraham, Rav Malinowitz took up the mantle of running a shul that was  founded on meeting the needs of new Olim who came to Ramat Beit Shemesh looking for a supportive community.

Rav Malinowitz’s Petira was sudden and unexpected. He leaves behind him a wife and four sons, some of whom are in New York and will be flying to Israel for the levayah. One son, Rav Nechemiah Manilowitz, serves as the Degel Hatorah representative for English speakers in Beit Shemesh. Another son Rav Eliyahu Malinowitz, lives in Eretz Yisroel as well. He also has a few daughters (info to be added shortly).

He leaves behind a wife, six sons and four daughters. Rav Nechemia. Rav Eliyahu, R’ Avrohom Ahron and a single bochur – Yisrael Meir, live in Eretz Yisroel. Rav Yeshaya Moshe and and R’ Dovid live in the UNited States and are on their way for the levaya. A son in law Rav Yona Mermelstien presently in Lakewood is also on his way to Eretz Yisroel. The other three daughters are the Stein, Abromowitz and Ginsberg families.

He has two sisters, Oppenheim in Brooklyn and Rozansky in Lakewood.

The Levayah will be held at 9:30AM at 34 Nachal Refaim in Bet Shemesh. Kevurah will take place in Rechovot.