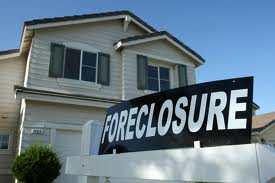 Foreclosure filings rose in almost 60 percent of large U.S. cities in the first half of 2012, indicating many areas will have more distressed homes on the market later this year, RealtyTrac Inc. reported.

More than 1 million homes in metropolitan areas with populations of at least 200,000 received notices of default, auction or repossession, up 1.5 percent from the last six months of 2011, the Irvine, California-based data provider said today in a statement. Among the 20 largest markets, Tampa, Florida; Philadelphia; Chicago and New York City had the biggest percentage increases in filings.

The gain in foreclosure actions followed a probe into abusive lender practices that delayed bank seizures nationwide. More repossessions will buoy deals “in many local markets where a shortage of aggressively priced inventory has been holding up sales,” RealtyTrac Chief Executive Officer Brandon Moore said in the statement.

A $25 billion bank settlement announced Feb. 9 eased loan terms for some borrowers and set new guidelines for the five largest U.S. mortgage providers. Recent laws passed in Nevada and California, meanwhile, have made it harder for loan servicers to resume property seizures, Daren Blomquist, a RealtyTrac spokesman, said in a telephone interview.

The new regulations have been “a clock-stopper on lenders and led to more artificial decreases,” he said. Throughout the U.S., first-half filings, while up from the previous six months, were down almost 11 percent from a year earlier, RealtyTrac said.