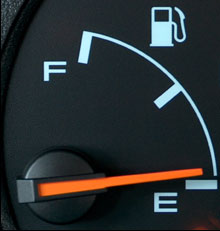 The average price of a gallon of regular gasoline in the United States fell 11 cents over the past two weeks, driven by lower crude oil prices, and is down nearly 26 cents in eight weeks, according to a widely followed national survey released on Sunday.

U.S. retail regular gasoline prices on April 19 averaged $3.54 per gallon, and were 37 cents lower than a year ago, according to the Lundberg Survey of about 2,500 gas stations across a panel of selected U.S. cities.

A year ago, the average price at the pumps was about $3.91 per gallon, down after reaching the 2012 peak price of about $3.97 in the previous survey period, according to Trilby Lundberg editor of the survey.

Of the cities included in the survey, Tulsa, Oklahoma, had the lowest gas price at $3.21 a gallon, while drivers in Chicago paid the most at $3.97 on April 19.