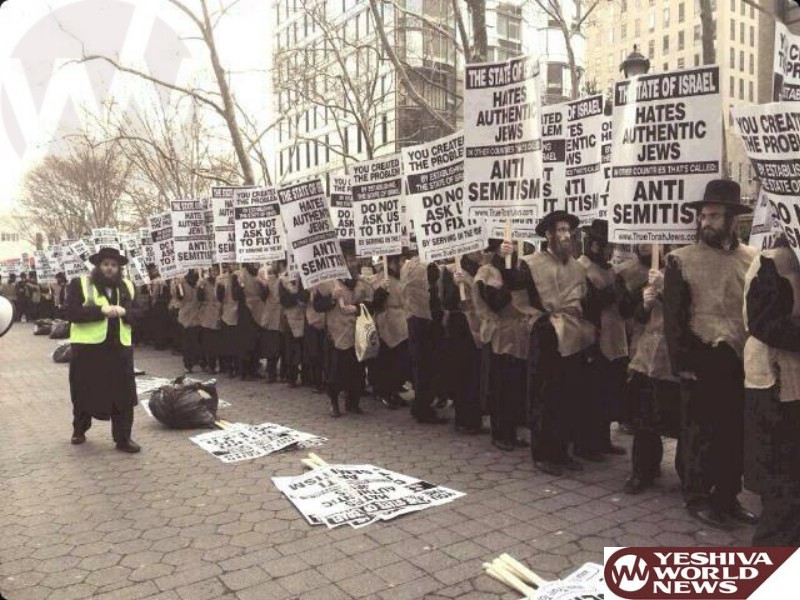 It’s truly a great and virtues project to tell the world that Zionism is contrary to the foundation of the Jewish nation – the holy Torah.

However, instead of doing it in a constructive way you do it in a way that is very destructive.

The Jewish nation traditionally was always true to the Rabbinic process, as handed down from Moshe Rabeinu. When a question confronts the Torah Jews they always followed their Torah sages. When the Zionist dilemma came upon us, בעווה”ר, there were many opinions among the true Torah giants of the time. To take one opinion and to call it “True Torah Jews” thereby implying that the others are not true to the Torah is one of the things that delay the ultimate Geulah, just like Zionism itself.

Again, it’s really a great thing to trumpet to the world the truth about Zionism, but it will be so much more effective and popular if you were truthful and all inclusive. [ie -Don’t only side with the Satmerer Rav’s opinion about the Three Oaths – although he was truly great – but include the words of the Baal Hafla’ah and Rav Shlomo Kluger and others that if the gentiles give permission it’s permitted, etc.] – The fact is, the real problem of Zionism was it’s foundation by people whos life mission was to secularize the nation, not this ‘nity-gritty’ stuff.

If you are part of the political system, vote and take government funding, you are not at all any more Zionist. The plain fact is, weather you like it or not, you are living in a country that takes our taxes, a lot of it, and then give us back a fraction of what we put in. Not voting is like voting. This wave of new Gezeiros would not have been if every frum yid would vote – so said the Chazon Ish, the Steipeler, and many many other “Torah True” giants. – Just don’t get into the details WITHIN the frum world, since they are all according to the Torah system. Again, if Rava disagrees with Abaye about Shabbos that ‘s ok, but if students of Rava would call students of Abaye “mechalelei Shabbos” that would be in total violation of the tradition.

While the Satmar way has it’s advantages, it also has the opposite – like everything else. It creates a notion that we only care for our own spirituality, not for the nation’s as a whole. A total cut, into two nations. Other problems exist as well. Hashem obviously saw fit to arrange that some Torah Jews should be this way and some that way, probably to create the perfect blend to carry on the truth, but let’s not pick Beis Shamay over Beis Hillel when we don’t have a Sanhedrin.

It’s really high time that Torah Jews put their differences in proper prospective, instead of blowing them up way out of proportion. We must unite even just a bit, stop yelling “my way is right” when there are other true Torah ways, before we can ask Hashem to unite us.

If you continue in your current way, you are doing a service and a disservice at the same time.