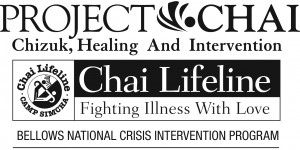 This was an observation attributed, variously, to Rav Meir Shapiro of Lublin z’l, to the Chofetz Chaim of Radin z’l, to Rav Yisrael Lipkin of Salant z’t, and to many others , as well as to a related passage in the Yerushalmi.

We are all meant to be a single land mass, unseparated by geographical borders and by time and space.

When the fault lines of Jewish safety crack anywhere across the globe, we are all meant to feel the quaking beneath our feel and within our minds and souls.

And yet, here we are once again, eruv Shabbos getting ready for a restful evening at home, with family, in shul and in bais medrash, and Jewish blood has been spilled in France.

As my daughter and I sat down this morning over a rushed breakfast before departing for our daily routines, she asked me if anyone had contacted Project Chai of Chai Lifeline about this crisis (we were still at the crisis level in that it was still “only” a hostage situation. We were not yet considering this a “trauma”, at least for those of us ensconced within our homes and offices elsewhere).

Before I could answer my daughter, she responded to her own question, noting that in today’s cyber-saturated environment, people don’t stop to process bad news; they are already clicking on the next email or news bit. We sidestep our emotions before any reaction can kick in. We seldom attain consciousness of what we might, or might want to be, feeling. It is even possible that some of us even lack an unconscious, unprocessed emotional response, rushed as we are to move on to some other focus, stimulus or distraction.

It sort of like stepping on the glass at the close of a chasuna. The ritual has become, for some, so reflexive that its seems like a natural flow from the joyous anticipation of completing bracha achrita that the smashed goblet has become the signal to yell out “mazal tov” then hit the aisle dancing and singing.

It is no wonder that there were poskim early in the last century who queried the appropriateness of this minhag, once intended as a brief zecher l’churban. It is no wonder that some have the practice of stopping to chant “im eshkachech Yerushalayim” first, giving the heart and the neshama one more chance to focus on the universal sadness over klal Yisroel still being out of its element, and Knesses Yisrael above still mourning the churban.

And now, the late breaking news is that the Jews of Paris greeted Shabbos with murdered, martyred kedoshim. Some of us managed to get in a kapital Tehillim after Shacharis, or a barrage of Tefillos at various moments Friday morning. But the news came, the press moves on to other topics, we stop and let these latest killings float through our thoughts, and then…………….?

It is unwise and unhealthy to go on the lookout for tragedy. Scholars regard that as “ignoble misfortune”, which can indicate a lack of mental health rather than a resilient mind. In contrast, when we do confront tragedy r’l, we are not meant to dismiss it or ignore its scope of ramifications.

A Torah individual feels the dent in self. We acknowledge the Divine origin of all that befalls us, including things which merely come across our radar rather than impinging directly on our physical selves. Whether I experience something personally, or I learn about another Jew’s experience, I am being handed an envelope, and there is a message awaiting me, in some form or another. If I carelessly discard the envelope, I will fail to make use of that message. Or I can open that envelope and study its message, then try to make personal sense of it, and determine how I plan to respond.

Our children get those messages as well. Their attitude about what to do with this information, and what skills to draw on in responding therein, are learned from their interactions with us.

In the parsha from this last Shabbos, we read about Moshe Rabbeinu’s struggle with an assailant, and the Torah relates how he buried his enemy in the sand. The medrash examines the message of our being told that this took place in the sand. Why was sand chosen? When snow avalanches, the sound can be heard from miles away. When rocks tumble in a volcano, the thundering noise is deafening. However, when sands shift in the desert wind, its silent humming is all but inaudible. Moshe was signifying, says the medrash, that when we are in golus, moving from place to place as our foes antagonize us, there is no one listening to our voice. The shifting sands of exile create a low hum that no one pays attention to. The challenge, friends, is for us to pay attention to the sound of yearning, of aching, of suffering. We need to become conscious of the sound and to address it.

As parents and as educators, we must address our youth. When they are afraid, we support and validate them, while offering credible encouragement and hopefulness. When they are sad, we validate that too, and discuss their perceptions of what has happened. When they wax philosophical, we meet them half way, willing to engage them in dialogue while also providing them with hashkafically-sound direction (I recently did an intervention at a community Jewish high school where a tragic death had occurred. The principal told me that the class was about to begin a semester on whether or not G-d does evil; he wanted to know if he should postpone the lectures for a while.)

And when our youth do not react at all, what do we do?

From a clinical view, of course, we might consider that silence is a reaction, and the unresponsive teen or child may be processing their experience deep within. But from another vantage point, we need to consider that no reaction = no reaction. The dilemma than becomes: did they learn that from us? Is that what our non-responsiveness reflects to others?

When Jewish blood is spilled in Paris, is it felt by the rest of us?