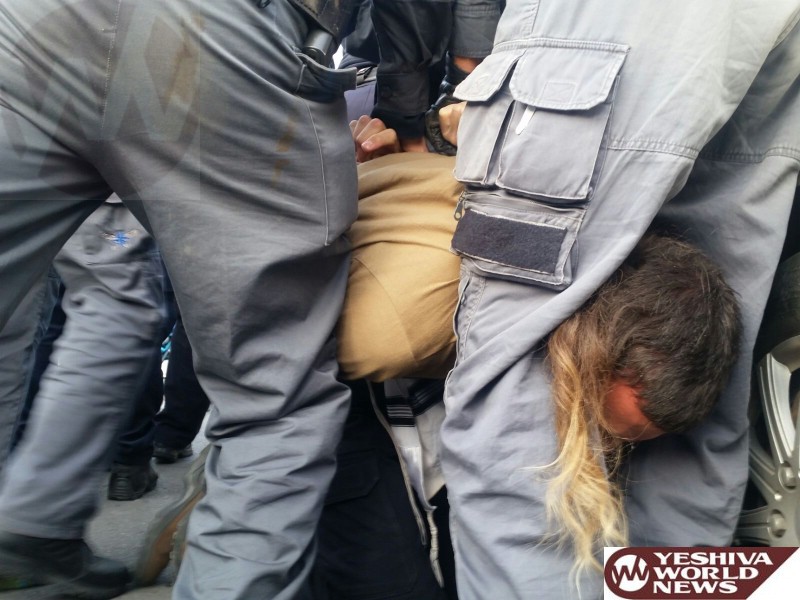 This video posted below is as self-explanatory as it is painful and worrisome. Mimicking the atmosphere in Israel following the 1995 assassination of Prime Minister Yitzchak Rabin, a deafening silence is audible throughout Israel as the voice of the champions of human and civil rights has been silenced.

Pro-Israel organizations in the United States are speechless and the Israeli right-wing and left-wing human rights organizations are mute. The investigation into the unspeakable arson attack in the PA village of Duma has placed the entire right-wing and religious community in a box. Whoever is responsible for that heinous crime should face the weight of the full extent of the law. However, the ISA is using it to trample the most basic and elementary human rights of suspects, not mention some are merely minors.

Civil nations launch investigations into behavior that is reportedly being used here, including sleep deprivation and physical abuse and torture in a case that lacks sufficient evidence to arrest the suspects. Hence, they are being held under emergency laws that permit administrative detention, holding one indefinitely with any criminal charges and without being able to meet with an attorney.

If the so-called hilltop youth detainees, religious youths who defy the government are indeed responsible for the attack that claimed the lives of parents and a baby, leaving a small child badly burned, then gather the evidence and prosecute them to the fullest extent of the law.

However, to randomly torture suspects without evidence should compel us to shout to the heavens, but in light of today’s reality, only a small few feel the need. Cabinet minister and Members of Knesset alike have given backing to the actions of the ISA despite pleas from Honenu, the only human rights organization willing to speak out on behalf of the youths. As a result, only a few dare to be heard, to defy the political status quo, sending a clear message to police that it is free season to bash the heads of religious protestors. This is evident in the video, where we see a religious unarmed man being almost choked to death. The police, as one clearly can see are aware of the cameras that document their actions, but there is no fear for they now may act with impunity.

It is a sad day for Israel and for world religious Jewry. Pro-Israel organizations abroad, including American organizations, remain silent for fear of jeopardizing their good name and legitimate status with government officials in Israel. In Israel, religious and right-wing elected officials remain paralyzed, once again displaying nothing was learned from the Rabin assassination. It appears that in modern day Israel, instead of having true leaders the nation endures persons in leadership roles, persons who are all too often more than pleased to show their disdain for Torah Jewry, whether it is a hilltop youth, “settlers”, a dati leumi IDF officer’s training cadet or bnei torah in a yeshiva in Bnei Brak. They are all viewed as the enemy for they all place their allegiance to HKBH above all including the IDF and State of Israel.

There is no confusion for demanding police and other agencies respect the basic rights of suspects is in no way a message condoning the arson attack in Duma.