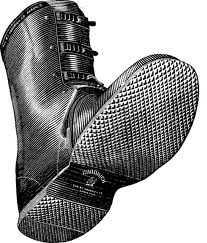 Three Iowa Supreme Court justices lost their seats Tuesday in a historic upset fueled by their 2009 decision that allowed same-gender couples to marry.

Vote totals from 96 percent of Iowa’s 1,774 precincts showed Chief Justice Marsha Ternus and Justices David Baker and Michael Streit with less than the simple majority needed to stay on the bench.

Their removal marked the first time an Iowa Supreme Court justice has not been retained since 1962, when the merit selection and retention system for judges was adopted.

The decision is expected to echo to courts throughout the country, as conservative activists had hoped.

“It appears we’re headed for a resounding victory tonight and a historic moment in the state of Iowa,” said Bob Vander Plaats, the Sioux City businessman who led a campaign to remove the justices because of the 2009 gay marriage ruling. “The people of Iowa stood up in record numbers and sent a message … that it is ‘We the people,’ not ‘We the courts.’ ”

Ternus, Streit and Baker will remain on the bench until Dec. 31.