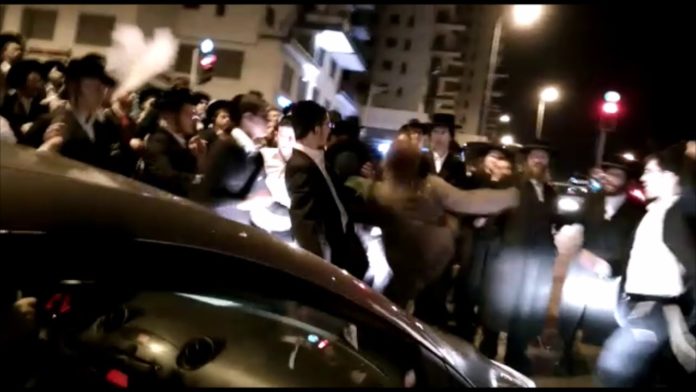 As YWN reported earlier, Yeshiva Bochrim of the Peleg Yerushalmi took to the streets to protest the arrest of two Yeshiva Bochrim. They were arrested for failing to register for the draft, in line with instructions from Hagaon HaRav Shmuel Auerbach.

The attached video was taken at one of the demonstrations held on Monday evening, where Yeshiva Bochrim forced the closure of street, roads, stopping buses and the Jerusalem Light rail – inconveniencing tens of thousands of people.

At this particular protest locations, a female solider attempts to reopen a street that was forced closed. She is seen fighting off around 30 Yeshiva Bochrim as she attempts to open the street.