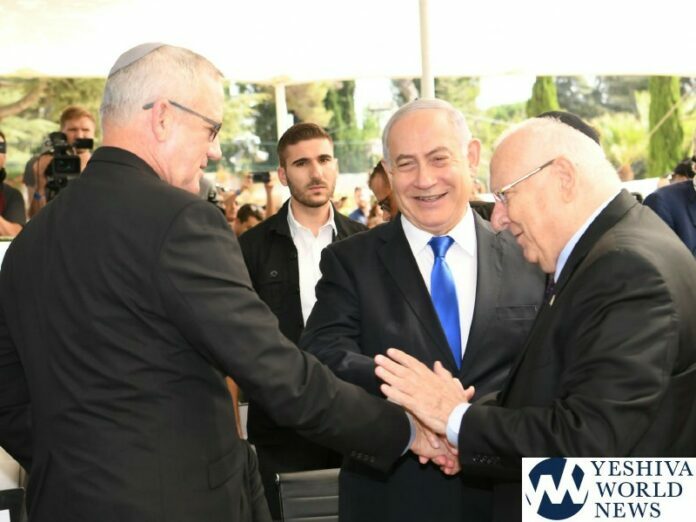 Like most issues, there are widely different opinions on the topic. Some commentators point out that national unity governments have successfully faced major crises, solving serious economic and security predicaments, while others claim that national unity governments are not only a threat to democracy due to lack of parliamentary opposition but are a path to political corruption and collapse.

National unity governments are formed in a parliamentary democracy for two reasons. The first is due to a time of war or another national emergency, in which case, a national unity government forms a coalition with a broad base of support by including all the major parties in the parliament which can effectively deal with the crisis. It also provides a hiatus from political squabbling to concentrate on the national good.

The second reason a national unity government is formed is due to a political deadlock when national election results preclude a party from gaining a majority of at least 61 in the Knesset, like the current situation between Likud and Blue and White. A coalition formed due to a deadlock can become paralyzed due to the opposing opinions of the various parties in the coalition at best, and at worst, can completely collapse, leading to new elections and a new government.

The first national unity government in Israel was formed due to the first reason – a national emergency – when Prime Minister Levi Eshkol of the Mapai party (which later merged into Labor) brought in the opposing Gahal party (comprised of Menachem Begin’s Cherut and the Liberty Party) and David Ben-Gurion’s party Rafi (which later merged into Labor) into the coalition the day before the Six-Day War in June 1967. Eshkol appointed Moshe Dayan (Rafi) as the Defense Minister, the only ministry granted to the opposing parties. This national unity government, which received wide public approval due to its resounding success in the Six-Day War, remained in place for 38 months until Eshkol’s death in 1969.

The next national unity government in Israel (and all subsequent ones) was formed due to a deadlock when the 1984 elections results ended in an equally sized right-wing and left-wing bloc. Yitzchak Shamir (Likud) and Shimon Peres (Labor Alignment) each received the support of half the Knesset – 60 MKs each. The two agreed to form a national unity government and a rotation for prime minister. Shamir served as prime minister for the first two years while Peres served as foreign minister and then they switched positions for the next two years.

Although the Shamir/Peres national unity government was formed due to a deadlock, Israel was facing an almost emergency situation at the time in the form of a severe economic crisis due to rampant inflation. The government successfully ended inflation and stabilized the economy. It also withdrew the Israeli army from most of southern Lebanon to a security zone next to the Lebanese border. The Shamir/Peres government successfully completed its full term.

The November 1988 elections also resulted in a deadlock, with the Likud winning 40 seats and Alignment (Labor) 39. Although both parties tried to form a coalition with the religious parties, which altogether held 18 seats (Shas, National Religious Party (NRP), Degel HaTorah, and Tehiya), the attempts were unsuccessful and another national unity government was formed. However, this time there was no rotation for prime minister since Likud narrowly defeated Alignment at the polls. Shamir became prime minister and Peres served as foreign minister.

Shamir’s narrow right-wing government was forced to resign when Peres, who was dissatisfied with Shamir’s unwillingness to adopt United States Secretary of State James Baker’s version of a peace plan with the Palestinians, ousted the government in a no-confidence vote on March 15, 1990. The composition of the national-unity government enabled the move, as Alignment (Labor) was part of the coalition and voted in favor. This incident, which later became known as the “dirty trick” was the first and only time that a government was ousted through a no-confidence motion.

Following the no-confidence motion, President Chaim Herzog appointed Peres to form a new government but he failed to form a coalition. Instead, Yitzhak Shamir formed a narrow coalition of Likud and the religious parties. This government lasted until the next elections in 1992.

Israeli governments in the late 90s and early 2000s were affected by the change in the political system, which enabled the direct election of the prime minister in the hope that it would reduce narrow and unstable coalitions and lead to more stable and long-lived governments.

In 2001, Ariel Sharon became prime minister through direct election following Ehud Barak’s resignation due to losing his majority in the Knesset (which was mostly due to his unprecedented concessions to the Palestinians). Sharon established a type of broad national unity government that included Likud, Labor, Shas, Am Echad, Yisrael B’Aliya, the Centre Party, the National Union and Yisrael Beiteinu.

Sharon had annulled the direct election for prime minister following the elections (due to its complete failure to produce the desired result of more stable governments) and in 2003, Likud, led by Ariel Sharon, was elected and a center-right coalition was formed. However, this government became more and more unstable due to the Gaza disengagement which caused the National Union and the NRP to leave the government, followed by Shinui for budgetary reasons.

At the beginning of 2005, Labor-Meimad joined the government followed by Agudat Yisrael, forming a national unity government. In 2005, Sharon split off from the Likud to form Kadima – the first time an incumbent prime minister split from a party – and Labor left the government as well.

In 2006, Kadima (with 29 MKs), headed by Ehud Olmert, formed a center-left coalition with Labor (19), Shas, (12), and Yisrael Beitenu (11). Subsequent governments all led by Netanyahu formed coalitions based on Likud together with smaller parties and the concept of a national unity government with two large opposing parties has mainly disappeared from the public discourse until the current election.

It remains to be seen whether Likud and Blue and White can successfully form a national-unity government. President Reuven Rivlin is pushing for it but Blue and White has repeatedly said they will not sit in the same government as Netanyahu, who is facing impending indictments. Furthermore, Netanyahu has formed a bloc with his partners, all religious right-wing parties. It is difficult to imagine reconciling the demands of the right-wing bloc with Blue and White, which includes the anti-Chareidi Yesh Atid, and which has promised certain conditions to left-wing and anti-religious parties in exchange for recommending Gantz as prime minister.