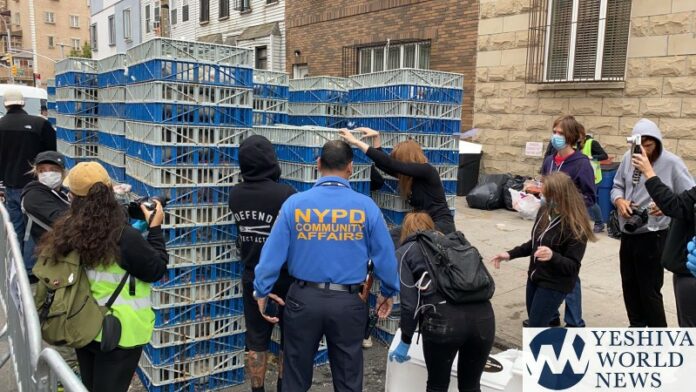 The season has begun, and the protesters are back at work.

At the Krula Shul, two chickens were stolen in a heroic act of life-saving. Meanwhile, others were feeding the chickens water.

The NYPD was called due to a scuffle and to maintain crowd control.

One animal-rights activist wearing a Yarmulka was trying to make his case against a large crowd of Chassidim.

The group went from location to location as they chanted, and many took photos of the chickens in the crates.

Today it was Williamsburg, but which Kapparos center will the unemployed socialist animal-rights activists strike next?

Many of these “animal rights activists” are the same type of folks who attend BDS rallys, Occupy Wall Street, RESIST, “Not My President”, and chant “Free Free Palestine” at anti Israel demonstrations. YWN has in previous years confirmed the same faces seen at all different venues of protest. 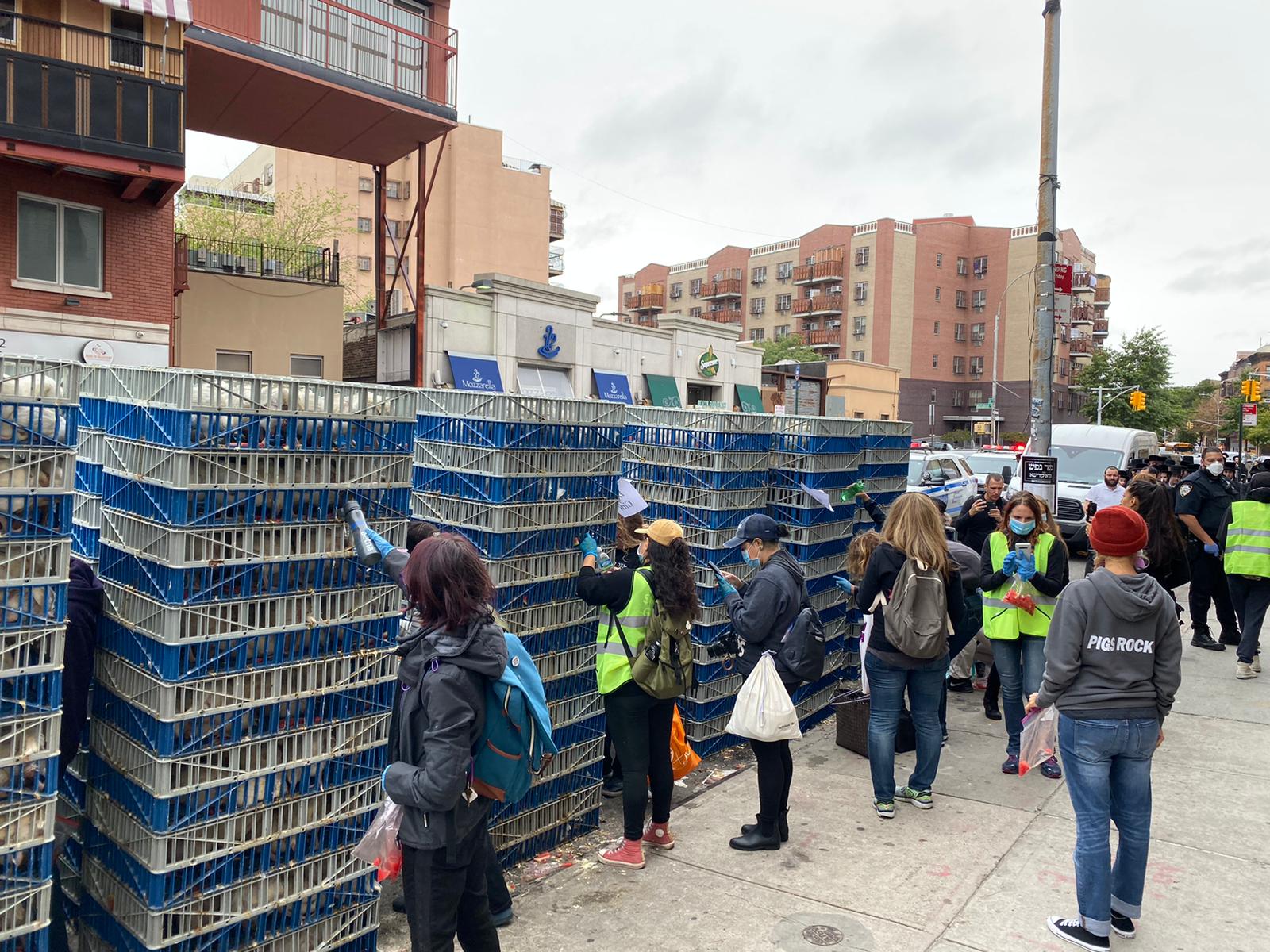 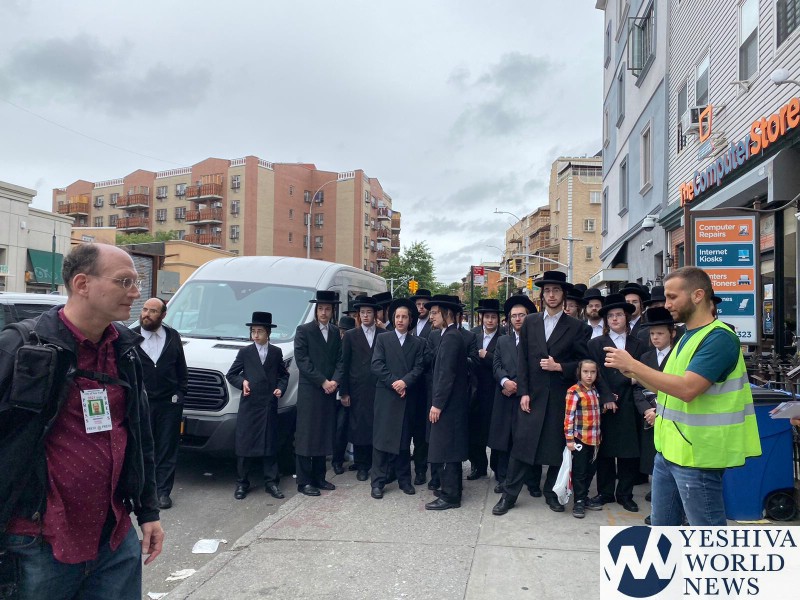 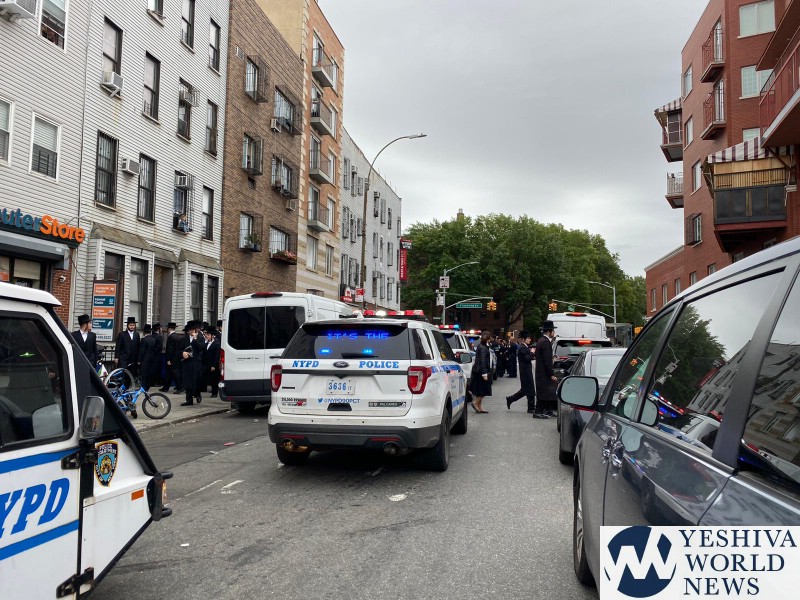 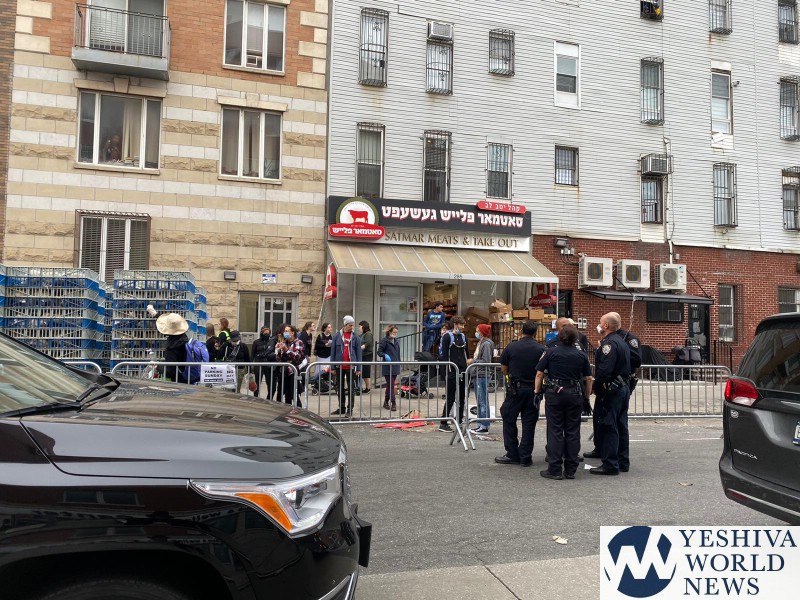 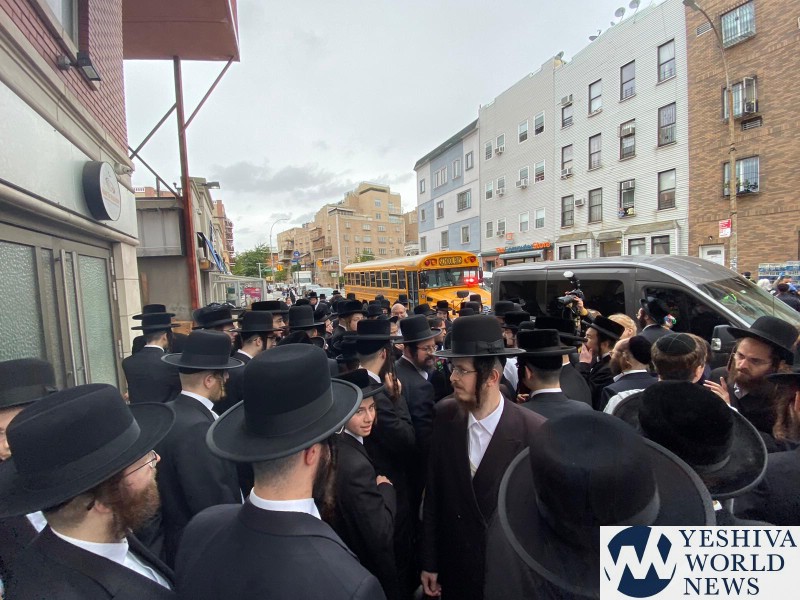 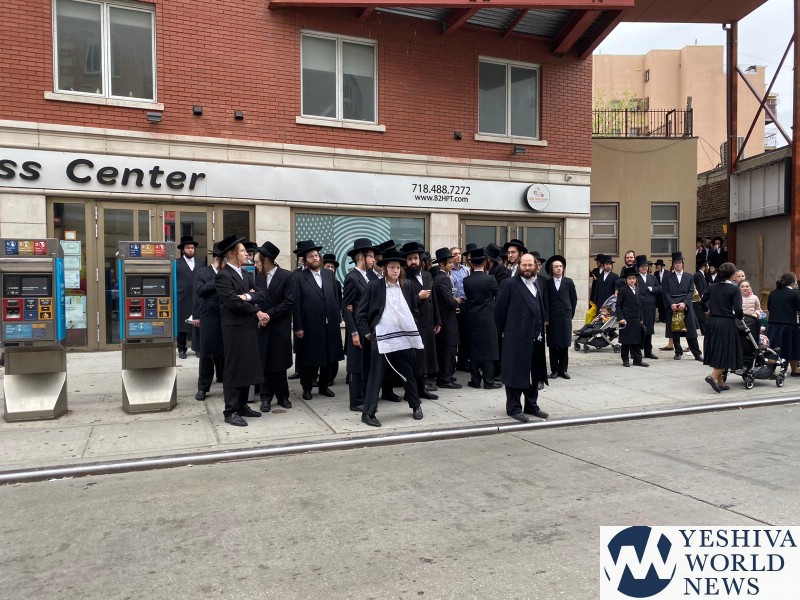 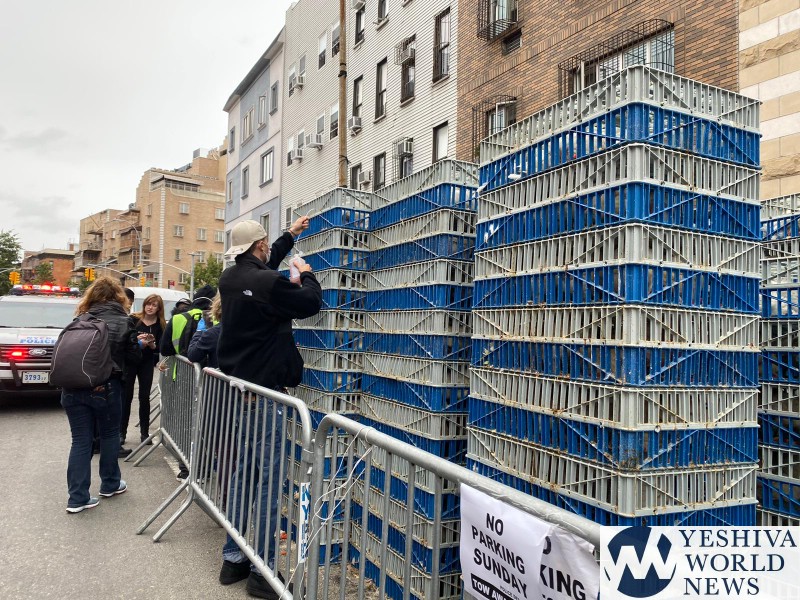 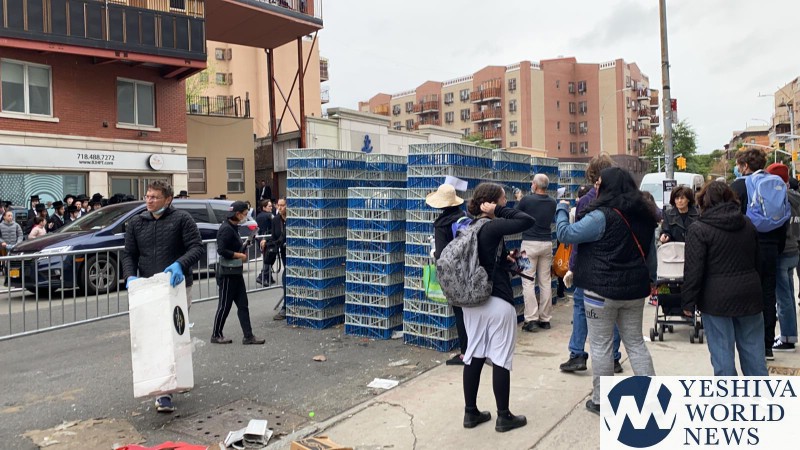 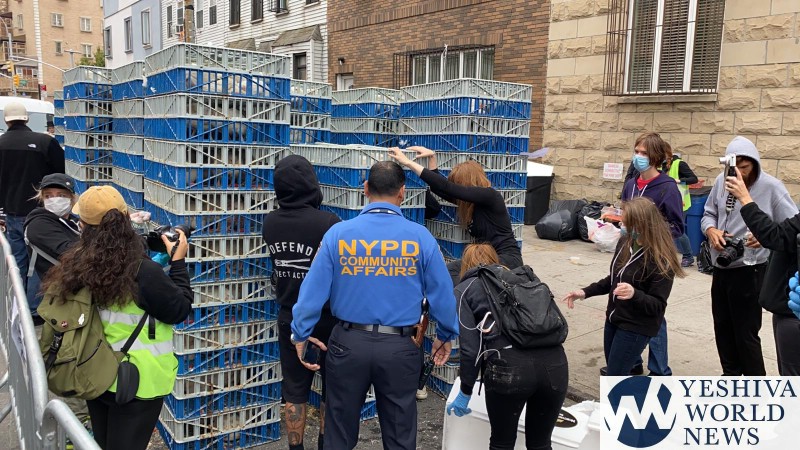 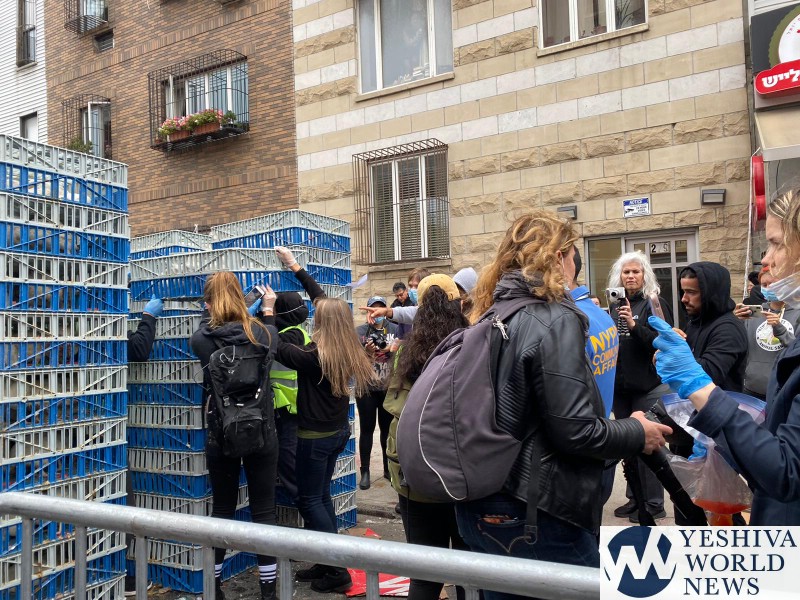 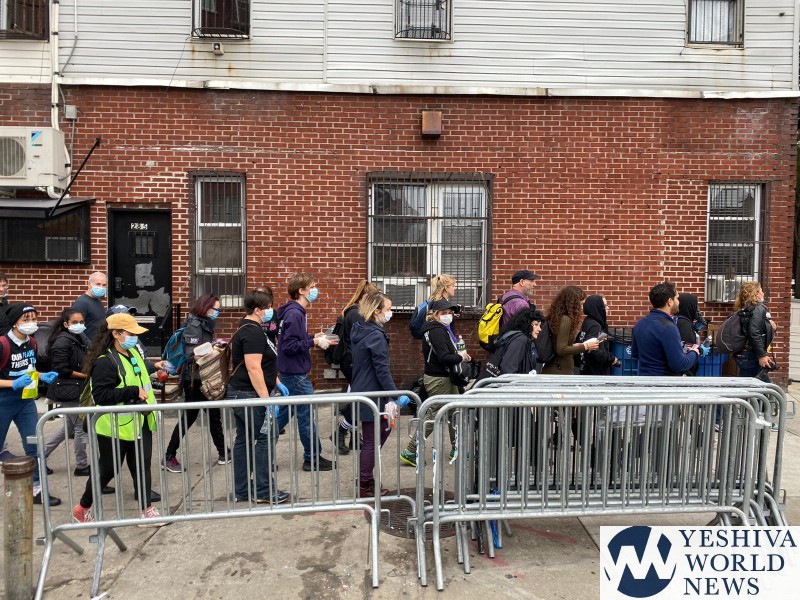