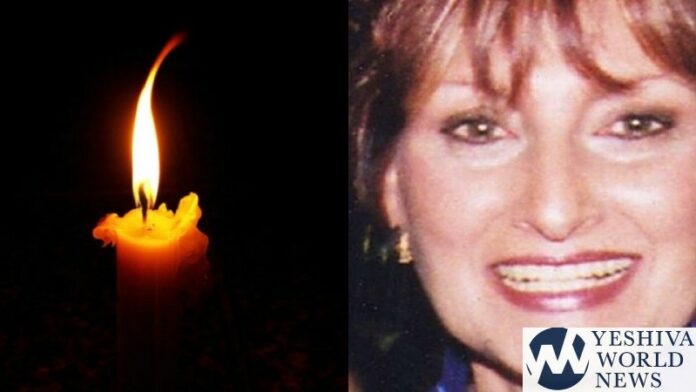 Well-known psychologist and community member from the Jewish community of Johannesburg, Dr. Miriam Wilks, 69, was R”L stabbed and killed during a home invasion incident that took place on Yom Kippur. Wilks, a former Israeli, is renowned for her research into hate crimes, trauma and violence. She was killed in a violent manner, having been stabbed 12 times and having her throat slashed. Her husband found her body when he returned home from shul.

The thief stole two laptops and a cell phone.

The Wilks family issued a statement to the press: “We regret to announce the passing of Mirah (Miriam) who was killed during a violent criminal act that took place inside her own home. Mirah was stabbed by a single home-invader who gained access to the house through the roof. A struggle ensued and she was stabbed. Police are investigating the incident. We will be providing them with all of the help that we can in order to solve the crime and find the assailant.”

Wilks was born in Israel and moved to Australia at a young age. She finished her studies there and moved with her husband and two children to South Africa. She worked as a clinical psychologist for 12 years and then became a lecturer in Psychology in University.

According to local community members and staff from the University, she was well loved by the community and by her peers at the university.