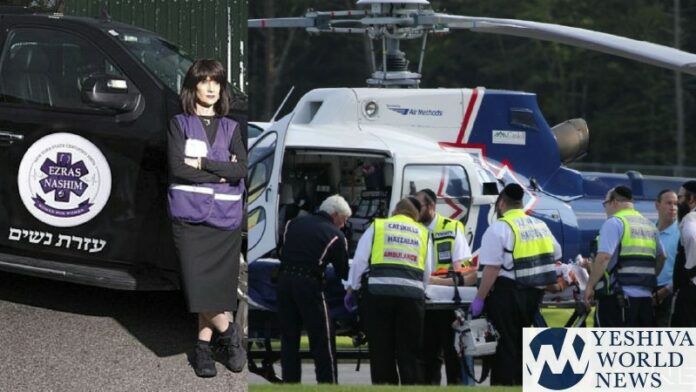 Tonight there will be an open forum hosted by the NYC Regional EMS Council to address the request for a new Certificate of Need (CON) allowing Ezras Nashim (aka Chasdei Devorah Inc.) to operate their own ambulance. If approved the request will then be forwarded on to the State of NY Bureau of EMS for final approval. Their CON requests to respond specifically within Boro Park and Kensington.

Ezras Nashim, the organization founded by Judge Ruchie Freier of Boro Park, was originally created for the sole purpose of responding to females during times of labor and delivery and other similar types of emergencies. Judge Freier has stated that in addition to woman feeling uncomfortable calling Hatzoloh and being handled by someone that she may know, it is against the Halacha for members of the opposite gender to treat patients in such scenarios. In her attempts to gain traction and publicity she participated in the making of a movie documentary, entitled “93 Queen”. This documentary, though focusing mostly on Judge Freier and her ascent to the Judicial bench, has portrayed the frum community in general, and Hatzoloh specifically in an extremely negative fashion.

The application for the Certificate of Need, as publicly available on the NYC REMSCO website is rife with negative comments about Hatzoloh and the community. In addition to the response from the Hatzoloh community there has been pushback from most of the Commercial Ambulance providers in the NYC area. The application documents, as required, the work done on behalf of Ezras Nashim to garner letters of endorsement from local hospitals and volunteers’ ambulance corps. Per the filing on the website, other than from a few political offices, there is not a single letter of support from any of those entities.

Perusing the application makes it difficult to actually determine why their Certificate of Need is required. Much of the documentation is in support of Judge Freier herself, much less about the organization. It is hard to justify her claim of a response time of under 8 minutes as being an improvement over the documented typically less than two minutes Hatzoloh response. Her claims of rabbinical endorsements, as shown in the application, ring hollow. Ignoring the fact that none are local community Rabbonim, most endorse the concept in theory without actually endorsing the organization, definitely not the means being used to create one.

After consultation with their Vaad HaRabonim, Hatzoloh has engaged a top law firm to go through the application and respond on technical grounds, demonstrating the absurdity of her requests. This is in addition to the compilation of the signatures of close to 50 of the local community Rabbonim, Roshei HaYeshivos, Dayanim and Rebbes decrying the attempt to use Tznius and Halacha to vilify Hatzoloh and all of the good they do for our community.

There has been a request that ladies who have been satisfied with the exemplary care given to them by Hatzoloh should show up and have their voices heard. The hearing will be starting at 5:00 PM, tonight, at The Methodist Hospital, East Pavilion Auditorium, 2nd floor, 506 6th Street, Brooklyn NY, 11215. 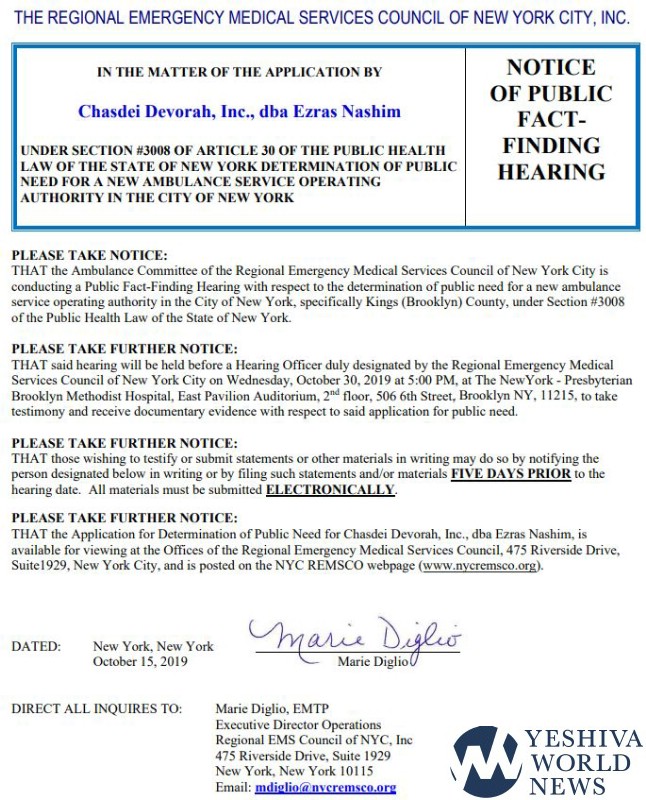