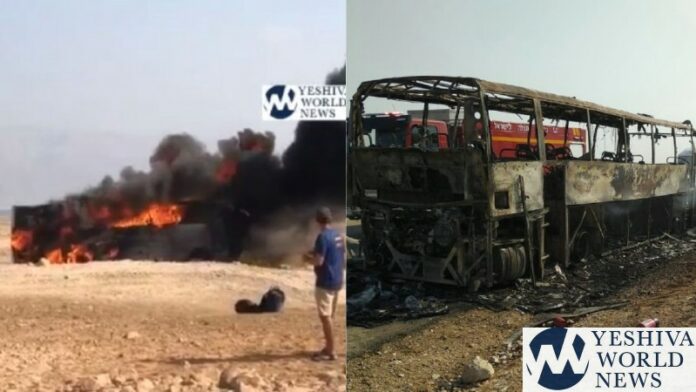 A group of seminary girls have alot to thank hashem for today, after they escaped what could have been a catastrophe.

According to information provided to YWN by parents of some students, the seminary had plans to go to the Negev on a trip today, but due to the deteriorating security situation in the South, it was cancelled.

Instead, the girls were taken on a bus to Masada.

While travelling, the girls say they suddenly heard a loud “popping noise”, followed by the smell of fire and smoke in the back of the bus. The bus driver got out to check, and told everyone to immediately exit the bus.

As soon as all the seminary girls were totally off the bus and in a safe distance, the bus exploded and was completely engulfed in flames.

In just a few minutes, nothing was left of the bus besides a smoldering frame.

Bichasdei Hashem, no one was injured. 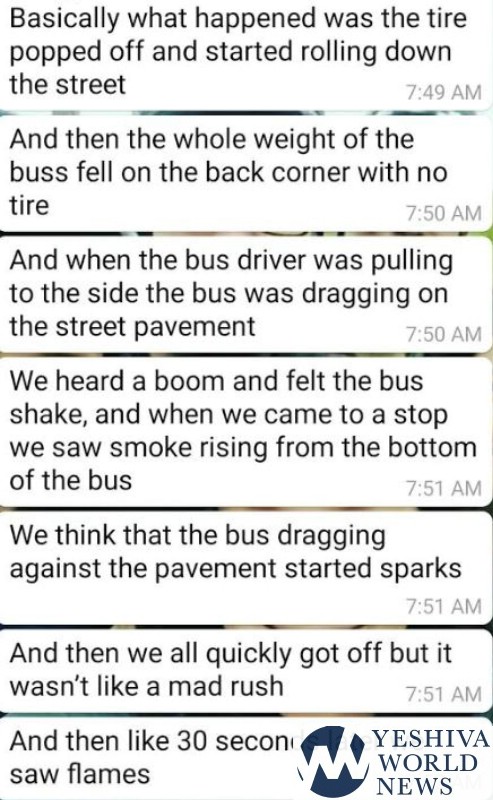 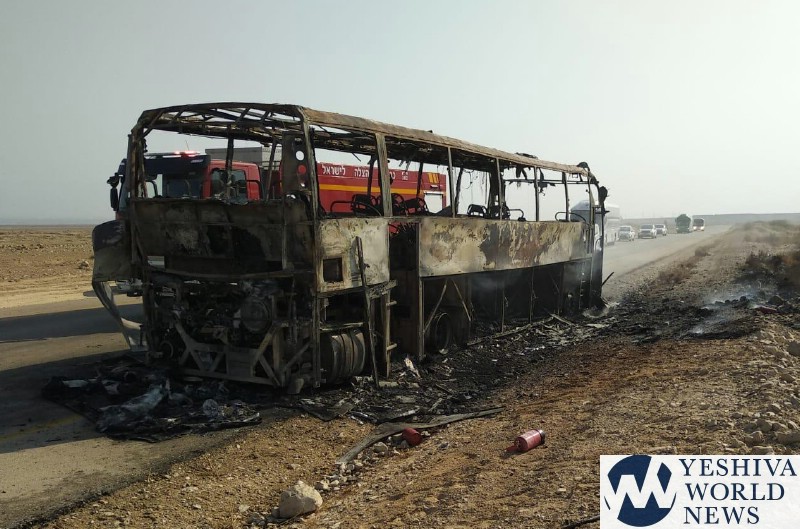