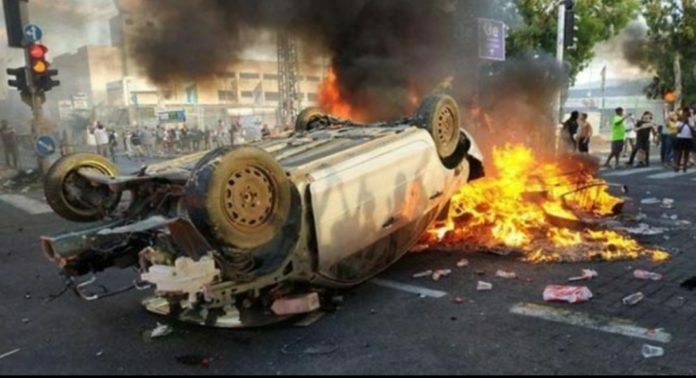 Israeli media reports are stating that the police officer involved in the shooting of Ethiopian-Israeli Salomon Teka, will not be charged with manslaughter, but rather negligence resulting in death. According to Channel 13 News, the Police Investigation Unit will announce tomorrow that following an in-depth investigation of the case, the officer that shot Teka will not be charged with murder or manslaughter.

State Attorney Shai Nitzan’s security entourage is being increased as a result of the findings, due to the guilty verdict against the police officer, as well as the cases currently lined up against the Prime Minister.

Attorney Tzion Amir, who represents the Teka family, submitted a response to Channel 13 which read: “We will come tomorrow to the offices of the P.I.U. in order to hear their findings and what the deciding factors were that determined the outcome. We will only be able to fully understand after we hear what they say, as to whether or not their findings fit together with the claims made by the family. We reserve the right to appeal their decision to the High Court of Justice should we not find the conclusions satisfactory.

[CALMER PROTESTS ON DAY 2: Tekah Family Calls On Ethiopian Community To Stop Protests Until After Shiva]