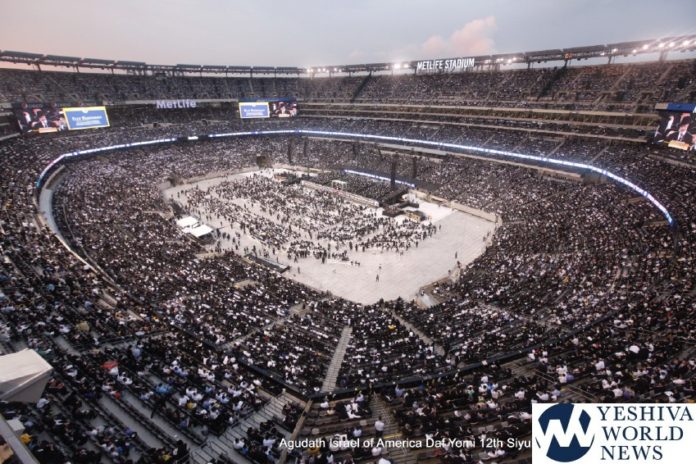 With the Siyum Hashas just one month away (January 1, 2020), YWN has learned that the MetLife Stadium in New Jersey is nearly sold out. With ticket sales still in demand, the Agudath Israel of America has booked the Barclay’s Center in Brooklyn as a second venue.

This news is expected to be announced by Mr Shlomo Werdiger, the chairman of the Agudah’s board of trustees, at this weeks Agudah Convention in Stamford Connecticut – [and will be streamed live on YWN].

The MetLife Stadium holds around 94,000 seats, According to their website, Barclay’s Center holds 19,000 seats.

YWN has learned that Gedolim and Rabbonim are expected to be at the Barclay’s Center as well, and full video and audio hookups will link both events as one.

RESERVE YOUR SEATS NOW AT WWW.THESIYUM.ORG