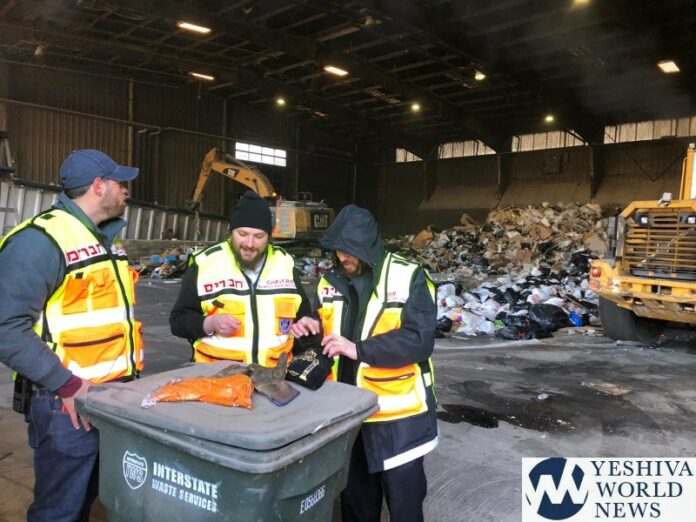 Rockland Chaverim volunteers once again went above and beyond the call of duty – literally getting themselves filthy as they did an incredible act of Chesed.

Chaveirim received a call on their hotline that a pair of Tefillin had accidentally ended up in the garbage of a home, and were now inside the back of a garbage truck.

Coordinator of Chaverim, Yossi Margareten sprung into action and immediately called the IWS Garbage Company, and explained them the situation. The company was very sympathetic, and had the truck stop its route and proceed to a trash-transferring facility. At that location, the entire truck of trash was dumped on the floor, and a team of 6 volunteers began their search.

After two hours of working through mounds of smelly trash, the group located the pair of Tefillin.

Chaverim had words of praise for IWS who assisted in having the Tefillin returned. 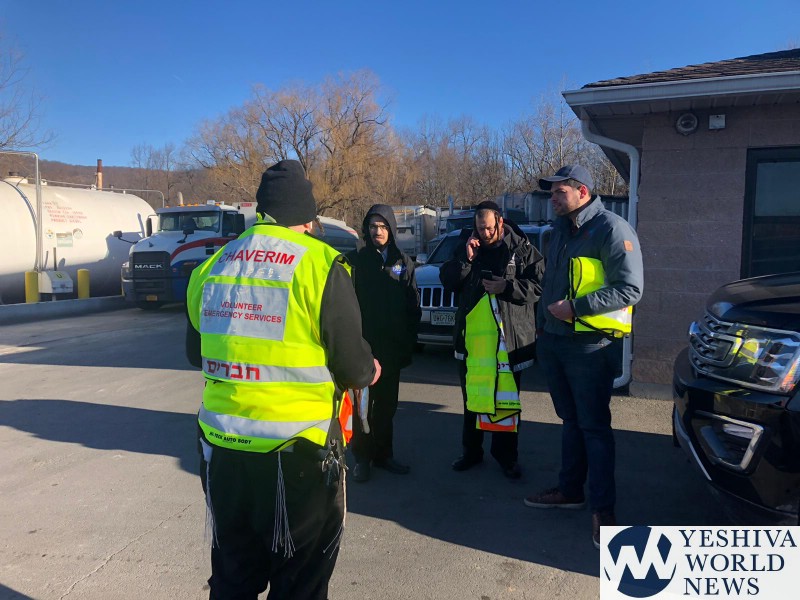 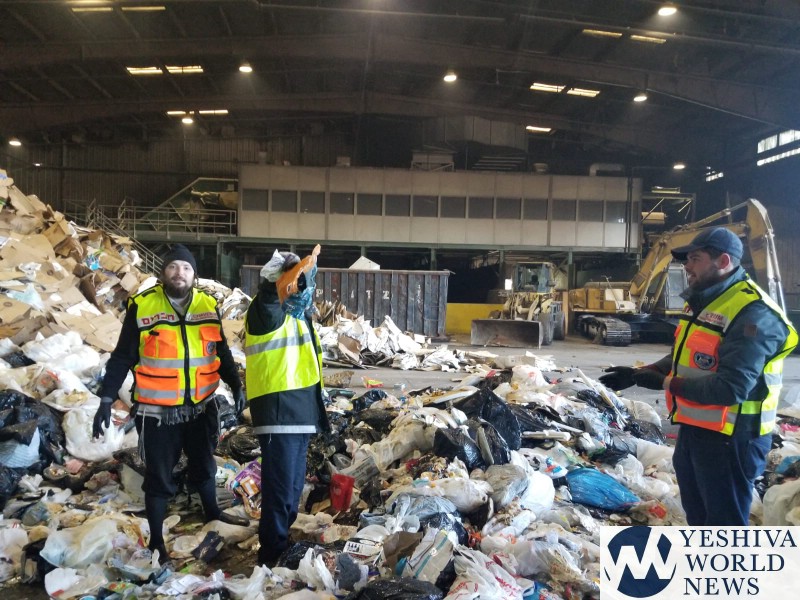 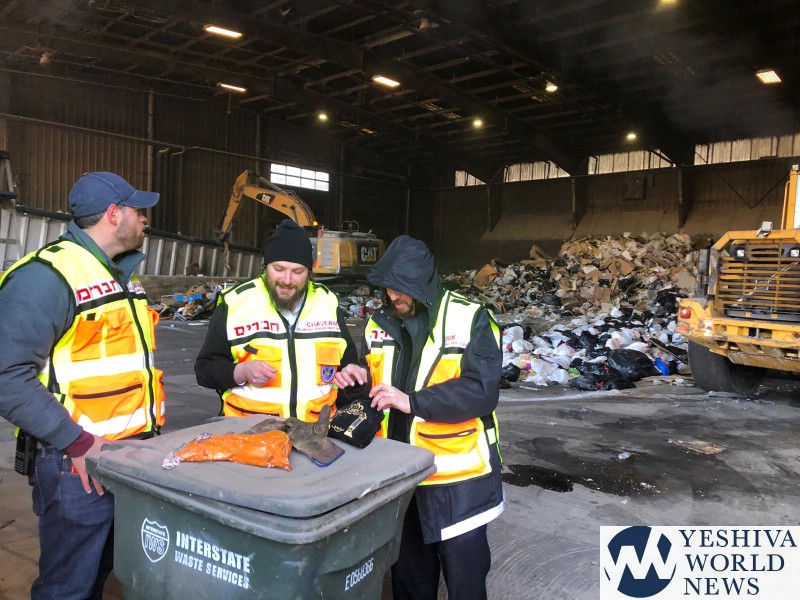 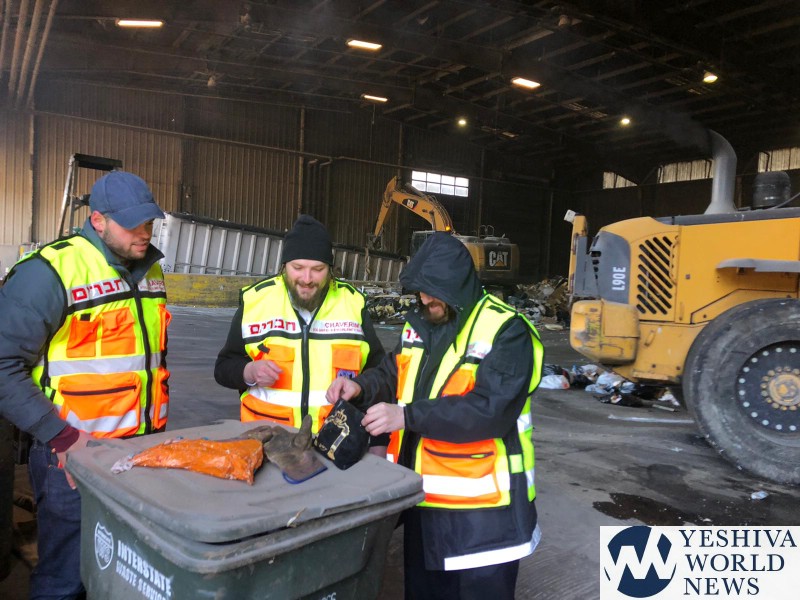 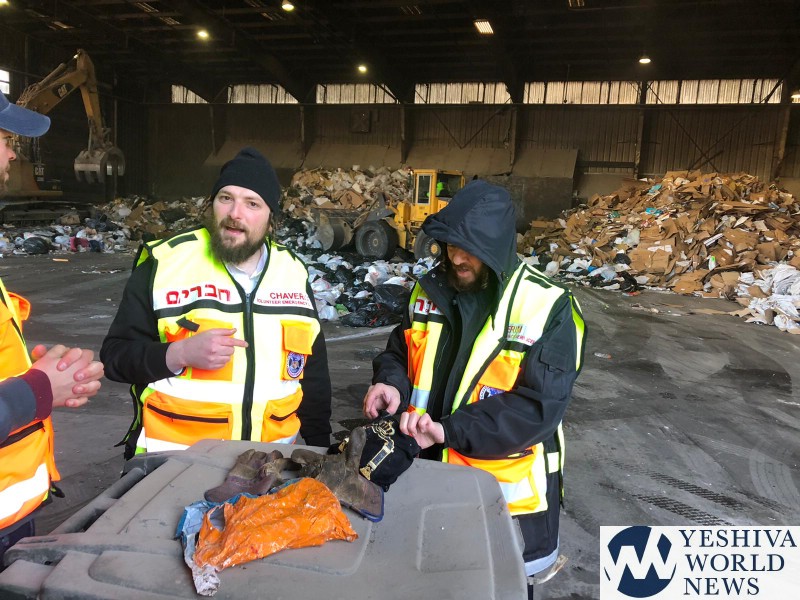 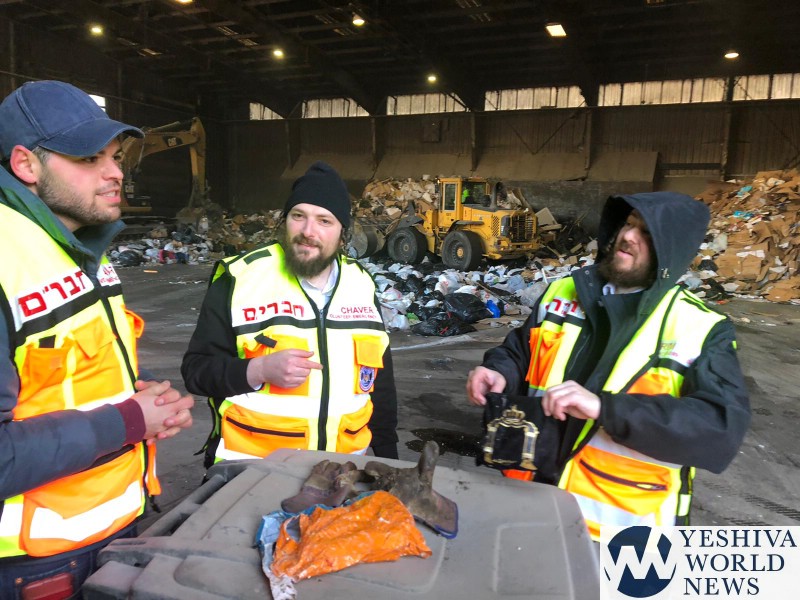