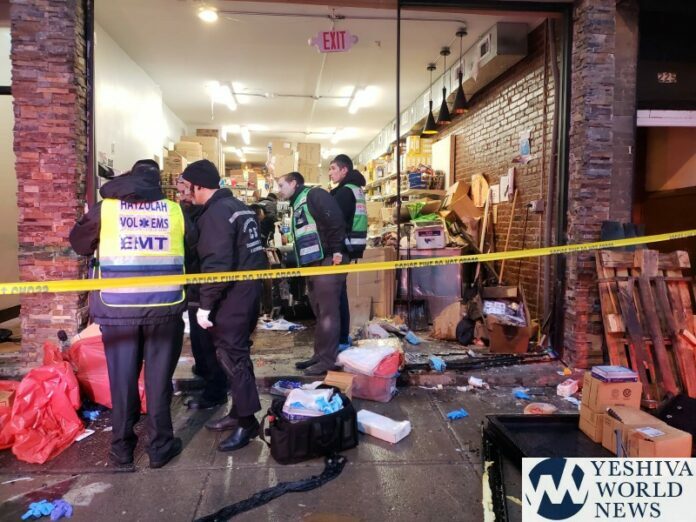 Three police officers who have been credited with preventing further bloodshed during last month’s fatal attack on a kosher market in Jersey City were promoted Wednesday.

Mayor Steven Fulop appointed Officers Kendric Jackson, Mariela Fernandez and Raymond Sanchez to the rank of detective at a ceremony at City Hall on Wednesday.

“That day was an example in action of the law enforcement heroes we have serving the city,” Fulop tweeted Tuesday. “We are starting w/these 3 promotions tomorrow but truthfully there are many more heroes we intend on recognizing in the coming weeks – #JerseyCity.”

Sanchez and Fernandez were among the first to respond after David Anderson and Francine Graham stormed the market and killed three people in an anti-Semitic attack. Both officers suffered injuries and were treated and released from a hospital after the attacks.

Anderson and Graham died after a lengthy shootout with police. Before attacking the market, they shot and killed Jersey City Police Detective Joseph Seals in what authorities have said was a chance encounter in a cemetery about a mile from the store.

Investigators found several weapons and hundreds of rounds of ammunition, and found a pipe bomb in the van driven by Anderson and Graham.