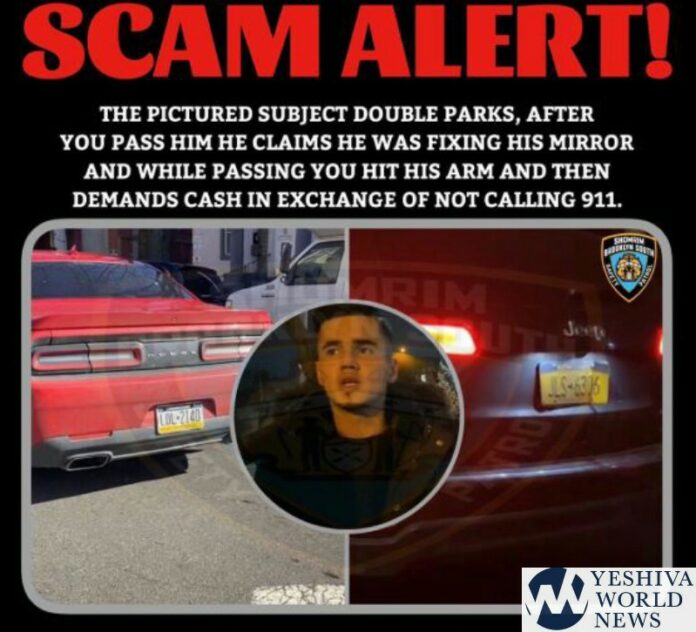 A scammer is on the loose in Boro Park, and Shomrim are warning the community to be vigilant and not fall prey.

The individual seen in the attached flyer and video sits inside his car and when cars pass by he smacks their mirrors causing a loud noise and frightening the drivers. He then comes out and tells his victims that they struck his hand. Many times he has his hand wrapped in a scarf or towel. He then threatens to call police and go through your insurance (or lawsuits) if you don’t pay him cash. he usually asks for $450 or $500.

Boro Park Shomrim tells YWN that there are so far more than a dozen victims that they are aware about.

He has been doing this on many streets including 41st, 57th, Fort Hamilton Parkway, 16th Avenue and other areas all around Boro Park.

He has so far scammed people out of (combined) thousands of dollars.

The NYPD and Shomrim are aggressively looking for the man. 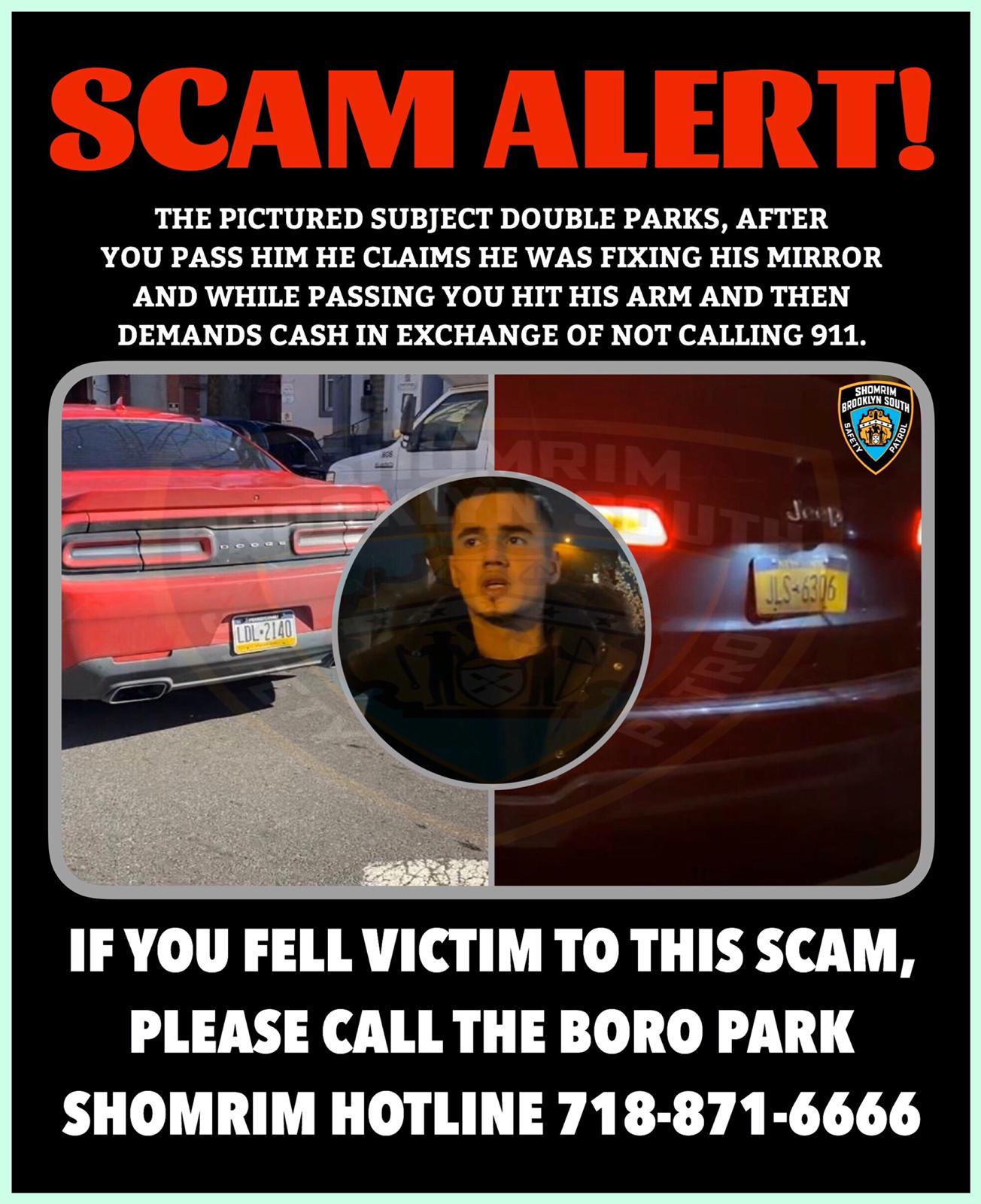