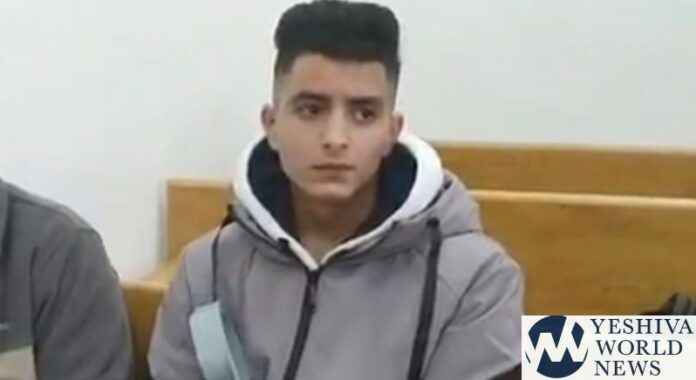 Tariq Kurd, 18, was indicted by the Jerusalem District Court on Wednesday morning for negligent manslaughter for causing the deaths of Tzipi Rimmel, a’h, and her infant by recklessly driving and crashing into the car of the Rimmel family on Highway 443 near Givat Ze’ev in late November. He was also indicted for causing severe injury, excessive speeding, driving without insurance and damaging people and property.

The indictment stated that apart from the fact that he was speeding, Kurd also had very little experience driving a manual shift car and had only driven it a few times before the accident. “Since he purchased the car a few days before the crash, the defendant decided to ‘test-drive’ the car to see how it responded to high speeds,” the indictment stated.

Tzipi’s husband Ephraim was paralyzed from the waist down in the accident and his Itai, 12, is still in critical but stable condition in the hospital.

Doctors and other medical professionals have been amazed by Ephraim’s positive attitude following his devastating injury and hearing he tragic news about his wife, infant and son. At a press conference to thank the medical professionals who tended to him following the accident, he began by saying: “Chazal told us to say a bracha on bad news as well as good news. Everyone is familiar with the bad news. I’m here to express my gratitude for the good.”

Tzipi’s parents are taking care of the three other children in the Rimmel family, who were not in the car at the time of the accident. Ephraim was released from the hospital and is currently in a rehabilitation center at the Sheba Medical Center in Tel Hashomer.