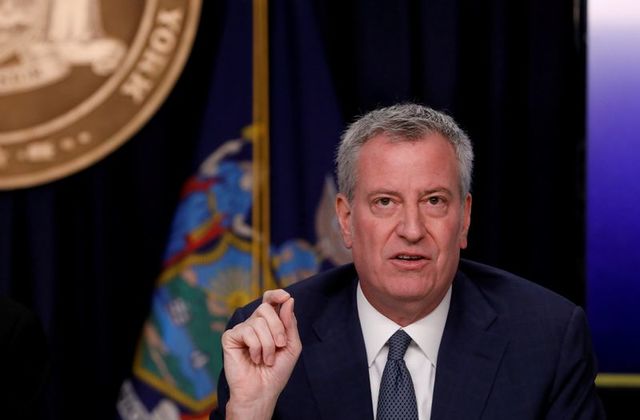 Mayor Deblasio spoke at a press conference on Wednesday morning, and tried to explain his tweets which have now gained national attention, and caused the Levaya of the Tola’as Yaakov Rebbe ZT”L to become national headlines.

The Mayor says that “if you say anger and frustration (in his tweets), you’re right. I spoke out of of real distress. People’s lives were in danger before my eyes, and I was not going to tolerate it. So, I regret if the way I said it, in anyway, gave people the feeling of being treated the wrong way, that was not my intention. It was said with love, but it was tough love, it was anger and frustration.

“And no, it has not happened in other places. Let’s be honest. This kind of gathering has happened in only a few places, and it cannot continue. It is endangering the lives of people in the community.

“No it was no acceptable, and we will not tolerate it.”

Meanwhile, Jonathan Greenblatt, the CEO of the Anti-Defamation League, on Wednesday criticized New York City Mayor Bill de Blasio (D) over his response to a crowd of Jewish New Yorkers turning out for the funeral of Rabbi Chaim Mertz, who reportedly died from the coronavirus.

“There are 1mil+ Jewish people in #NYC,” Greenblatt tweeted at de Blasio. “The few who don’t social distance should be called out — but generalizing against the whole population is outrageous especially when so many are scapegoating Jews. This erodes the very unity our city needs now more than ever.”

Below is an audio clip of the NYPD Commissioner, and two audio clips of the Mayor from the press conference.