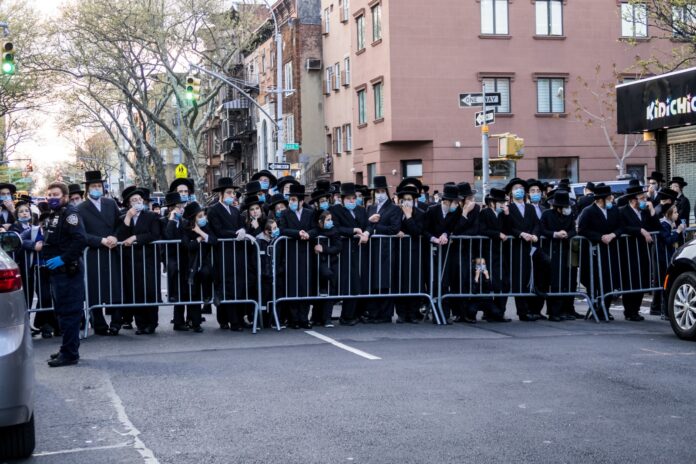 The following statement was provided to YWN following the Levaya on Tuesday night which has now become a national story – thanks to the double standard of Mayor Deblasio. As YWN reported, Deblasio singled out the Jewish community in NYC by name, but ignored the tens of thousands of New Yorkers that packed parks in NYC to watch the Thunderbirds and Blue Angels fly over NYC just hours earlier.

We regret that the funeral today of our Rabbi of blessed memory ended in chaos and in controversy, and we feel that it’s incumbent on us to explain what happened.

Our Rabbi was revered by thousands as a holy, humble and caring person, and they wanted to participate in the funeral. We came up with a plan to have many streets closed, so that people participate and walk the coffin while following the social distancing rules and wearing masks. People walk the streets daily, thus, a funeral – we thought – shouldn’t be different, as long the rules are followed. Unfortunately, this didn’t pan out, and NYPD had to disperse the crowds.

We shall note that everyone followed the police officers’ orders and the vast majority had masks. Yet, the confusion and chaos led to scenes of large crowds.

We understand Mayor Bill de Blasio’s frustration and his speaking out against the gathering. As said, we thought that the procession will be in accordance with the rules, and we apologize that it turned out otherwise. It also hurts that this led to singling out the Jewish community, and for that we apologize to all Jewish people. We know that the mayor’s reaction came from his concern to the health of safety of our community and the entire city, and it wasn’t ill-intentioned. We share that concern. Health and live takes precedence to anything else, and we shall all follow those rules. 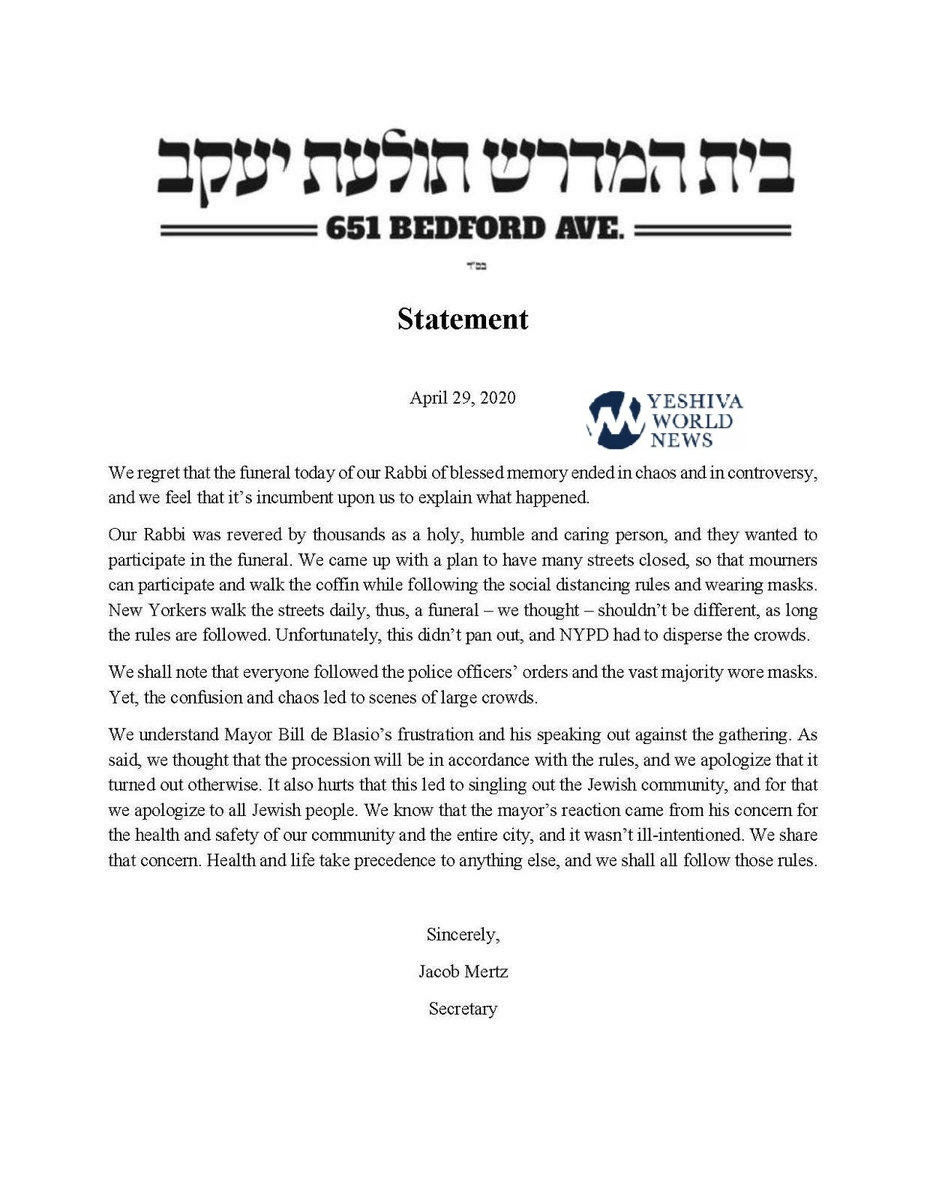 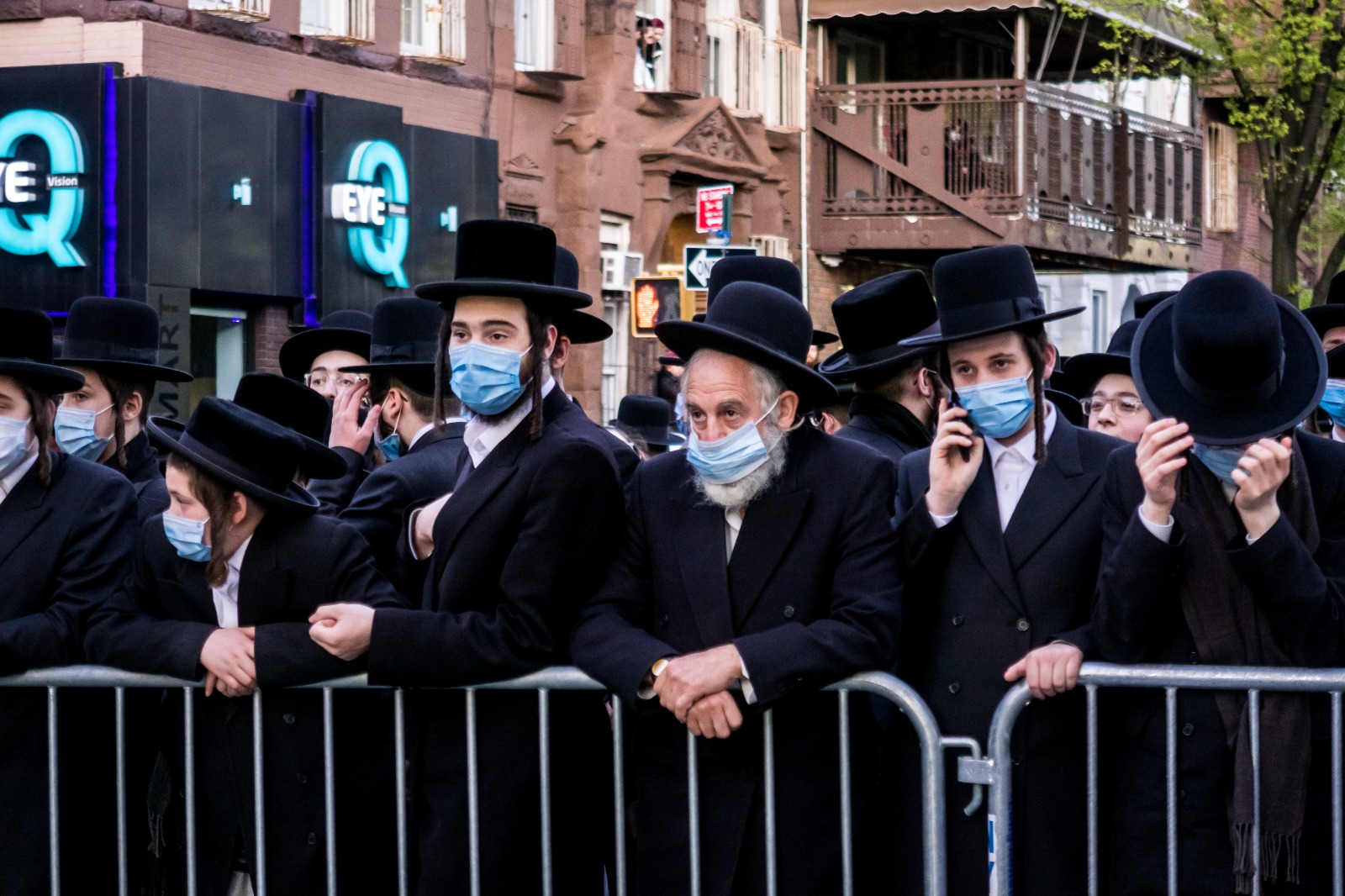