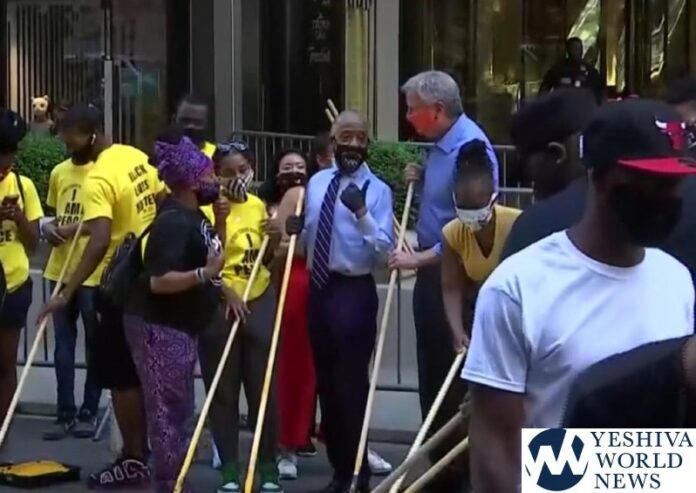 A massive yellow mural spelling “Black Lives Matter” was painted In the middle of 5th Avenue between 56th and 57th Street in the shadow of Trump Tower, Thursday morning.

Joining the organizers to fill in the yellow paint, was the Socialist NYC Mayor, Bill DeBlasio. He was joined by “Reverend” Al Sharpton, one of the biggest anti-Semites NYC has ever seen.

Responding to President Trump’s remarks last week where he said a Black Lives Matter mural will denigrate the luxury of 5th Ave, DeBlasio said the mural is “liberating 5th Avenue… we are uplifting 5th Avenue”.

For those that are unaware, or need a reminder, Shaprton is the rabid anti-Semite, who fueled the Crown Heights riots 27 years ago that ended with the murder of Yankel Rosenbaum HY”D.

Twenty-seven years ago a tragic car accident in Crown Heights Brooklyn escalated into a pogrom against the Jewish people. The media usually gives it a politically correct description: “violence between the area’s Blacks and Jews.” But the violence was not two-sided. The Crown Heights riot was an attack on the Jews by the neighborhood’s Caribbean community, fueled in large part by Al Sharpton, the “Reverend” who does not believe in the commandment about “bearing false witness.”

Yesterday, DeBlasio said the prominent display will send a message that “Black lives, in fact, do matter.”

“That Black people built New York City, that they’ve never been compensated for all they did, that all the mistakes, the sins, everything in American history that has afflicted Black people have not been accounted for and must be accounted for – something he does not understand,” he said last month. “So it is right to take the eyes of the world, the attention of the world right there on Fifth Avenue and focus on Black Lives Matter.” 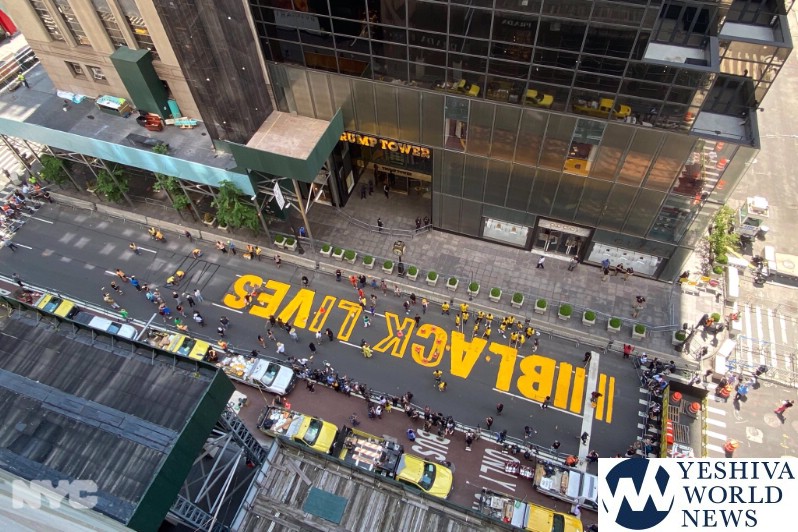 This is the latest BLM mural across the five boroughs. Others have already been painted in Harlem, Staten Island and Brooklyn.