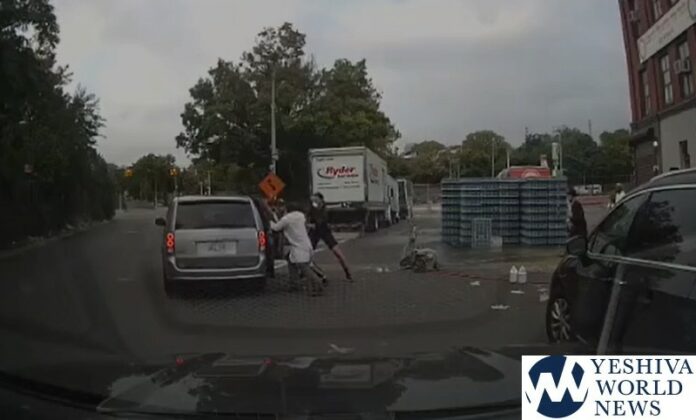 The NYPD and Williamsburg Shomrim were looking for a vehicle that stole a crate of live chickens for a Williamsburg Kapparos center on Erev Yom Kippur.

The crime was captured on dashcam video which can be seen below.

Many of these “animal rights activists” are the same type of folks who attend BDS rally’s, Occupy Wall Street, RESIST, “Not My President”, and chant “Free Free Palestine” at anti Israel demonstrations. YWN has in previous years confirmed the same faces seen at all different venues of protest.